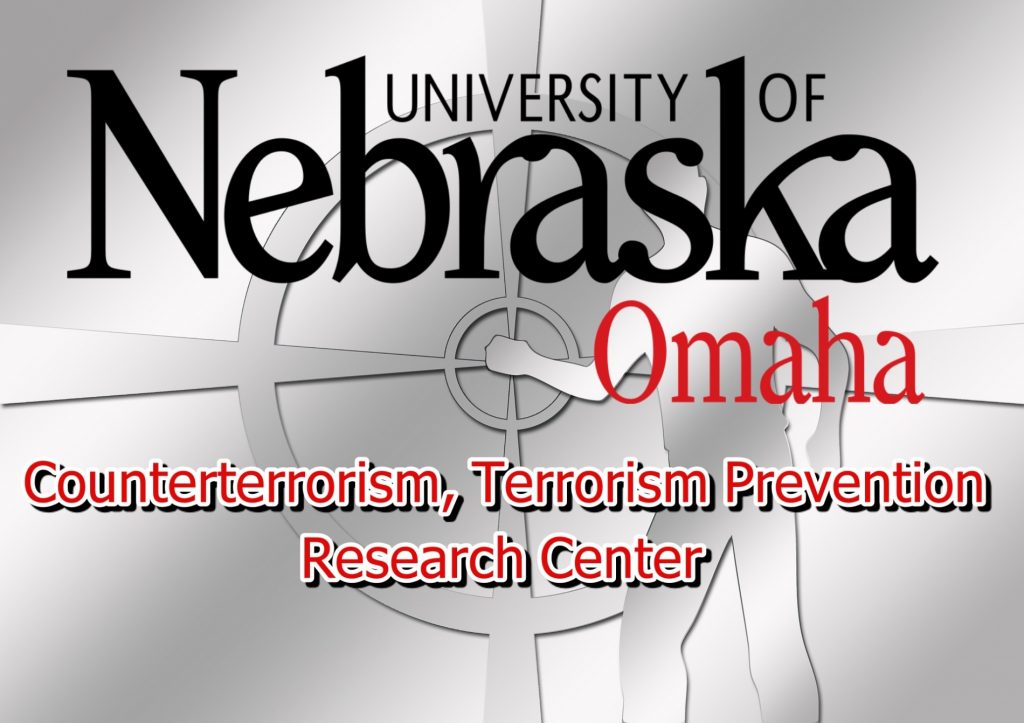 Monday’s announcement names UNO as the home of a national Center of Excellence (COE) for Terrorism Prevention and Counterterrorism Research (TPCR) that will spearhead a consortium of academic, industry, government and laboratory partners throughout the country in support of DHS’s mission to keep the country safe.

The award is the largest single grant in the 112-year history of UNO.
“UNO’s designation as a DHS Center of Excellence is a landmark achievement for not only the university, but for the state of Nebraska,” NU President Ted Carter said. “I am immensely proud of UNO officials and faculty members for being bold enough to pursue this opportunity and for having the courage to accept the responsibility that comes with it: assisting the United States in its global counterterrorism effort.”

Named the National Counterterrorism Innovation, Technology and Education (NCITE) Center of Excellence, the effort will build on nearly a decade of research and government support by UNO that has helped identify and prevent the radicalization of individuals by extremist groups like ISIS, as well as curb efforts by these groups to quickly mobilize violent attacks.

UNO will serve as the coordinating university for NCITE, which features a consortium of 17 total partner institutions stretching from Maine to Florida to Southern California.

“Addressing the nation’s ever-evolving national security challenges requires leaders who have the expertise and foresight to adapt to each issue,” UNO Chancellor Jeffrey P. Gold, M.D., said. “This grant, the largest single grant in the history of UNO, will serve as an engine for thought leadership that will permeate through the entire university culture. This success is an inspiration to all of our faculty, students and the community that we are so privileged to serve.”

In a DHS release, William N. Bryan, the senior official performing the duties of the Under Secretary for Science and Technology stated that, as a COE, NCITE will work closely with the department’s operational units and not just provide information through research efforts, but educate future homeland security leaders so they are trained in the latest methods of counterterrorism.

“By partnering with universities, S&T delivers practical results for DHS by developing multidisciplinary, customer-driven solutions while training the next generation of homeland security experts,” Bryan said.

“The Department of Homeland Security validated today what many in our state already know: that Omaha is a hub of collaboration and innovation, ready and able to do its part in addressing some of the nation’s most pressing challenges,” Ricketts said. “Congratulations to the University of Nebraska at Omaha. I sincerely thank UNO for its successful effort to bring such an ambitious project to fruition and look forward to seeing the cutting-edge solutions they provide our homeland security experts.”

Serving as principal investigator on the NCITE will be Gina Ligon, Ph.D., the Jack and Stephanie Koraleski Chair for Collaboration Science, from UNO’s College of Business Administration. Ligon joined UNO in 2011 and has since led key research and government engagement efforts such as collecting data on terrorist group leaders and their business operations for the Department of Defense, co-developing a professional training program for civilian leaders from USSTRATCOM for the National Strategic Research Institute (NSRI), creating a state-of-the-art behavioral analysis lab, and mentoring a student-led counter-extremism social media campaign.

This research was recently designated one of six “Big Ideas” as part of UNO’s Strategic Plan. The Big Ideas process was designed to prioritize investment in areas of campus strengths and where there are opportunities to enhance scholarly, research and creative activities at UNO.

Douglas C. Derrick, Ph.D., associate professor of IT Innovation, will lead the Center’s Innovation and Transition portfolio, leveraging the nationally-ranked College of Information Science and Technology (CIST) and the Peter Kiewit Institute (PKI) to generate innovative products and applications directly for the Homeland Security Enterprise.

“We have established a 55-person consortium of leading scholars across the University of Nebraska System and the globe to be a part of this important center to support the counterterrorism professional. This funding will build a pipeline for highly-skilled security professionals and researchers,” Ligon said. “This was a true team effort supported not just by University of Nebraska campuses, but by our community partners who wanted this center in the middle of the country.”

The NCITE Center of Excellence will be housed at UNO’s Mammel Hall, which recently began work on a privately-funded, $17 million, 44,000 square-foot addition where the Center will be located. The addition will feature state-of-the-art classrooms, an expanded behavioral research lab, and UNO’s Center for Collaboration Science, whose mission is to leverage campus expertise to improve collaboration for organizations in Omaha and the nation at large. The planned addition will provide a physical hub for cross-campus, community and government collaboration; it will elevate the quality and impact of the work already being done by those who will make up the NCITE locally, nationally and globally.

“We are thrilled with the announcement that we will be hosting a Department of Homeland Security Center of Excellence right here in Mammel Hall,” said Michelle Trawick, dean of UNO’s College of Business Administration. “Our college has a large number of faculty doing incredible research. This is just one example – and it’s a huge example – of how we can take high quality, cutting-edge research that’s truly innovative and have it apply to real world problems. Not just in Omaha, not just in Nebraska, but around the world.”

The DHS COEs were established by the “Homeland Security Act of 2002” to be a “…coordinated, university-based system to enhance the Nation’s homeland security.” UNO’s NCITE will serve as one of only 10 other active COEs from DHS.