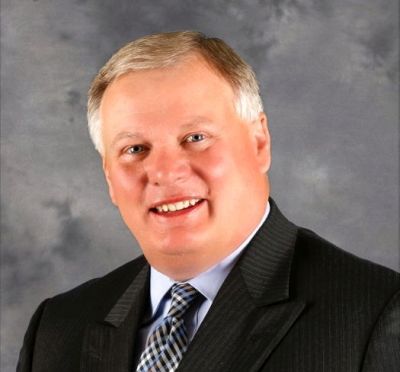 Lincoln, Neb. (October 27, 2020) – Douglas Kristensen, Chancellor of the University of Nebraska at Kearney, is among the 30 Nebraska lawyers chosen for the 2020 Class of Fellows by the Nebraska State Bar Foundation, Foundation President Steve Guenzel has announced.

Thirty Fellows are chosen each year based on their dedication to improving the administration of justice, leadership in the legal profession, civic service and integrity, and support of the Foundation.

Chancellor Kristensen, who lives in Minden, was appointed to lead UNK in 2002 following a distinguished career in the Nebraska Legislature. He represented the 37th District and served as Speaker of the Legislature. At the time he held political office, he practiced law and was a partner in the law firm of Lieske & Kristensen in Minden.

Kristensen received his undergraduate degree from the University of Nebraska-Lincoln and his J.D. from Drake University. His wife, the Hon. Terri S. Harder, is a Lifetime Fellow of the Bar Foundation.

The Nebraska State Bar Foundation was incorporated in 1963 as a 501(c)(3) charitable and educational organization to serve as the philanthropic arm of Nebraska’s legal profession. The Foundation is dedicated to serving the citizens of Nebraska and the legal profession through innovative and creative programs directed toward the improvement of the administration of justice and the fulfillment of the American vision of equal justice for all.

Learn more about the Foundation at www.nebarfnd.org.