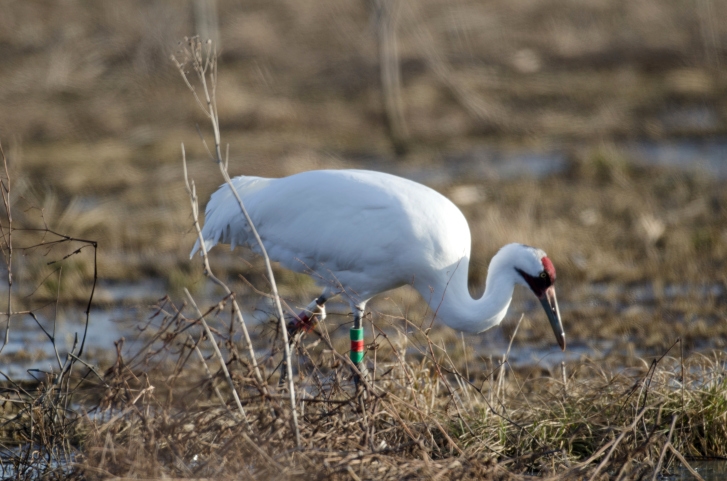 The U.S. Fish and Wildlife Service (Service) plans to release water from their Environmental Account (EA) to benefit the endangered whooping cranes. Whooping cranes use the Platte River in Nebraska as a stopover site during their migration in the Central Flyway north to Canada for the summer. Additionally, hundreds of thousands of other migratory birds, including over half a million sandhill cranes, use the Platte River to roost and feed during the months of March and April.

Established in 1999, the EA is water stored in Lake McConaughy in western Nebraska and is managed by the Service to benefit four federally listed threatened or endangered target species on the Platte River – these species include the whooping crane, interior least tern, piping plover and pallid sturgeon.

This year the Service’s highest priority water release from the EA is to benefit whooping cranes during their spring migration. The Service plans to release water beginning March 23 with a target flow of 1,900 cubic feet per second at Grand Island, Nebraska. The release will provide and maintain adequate roosting and feeding habitat for whooping cranes on the Platte River, and is expected to continue through April and into early‐May.

Nebraska Extension webinar on cash flow strategies during the pandemic