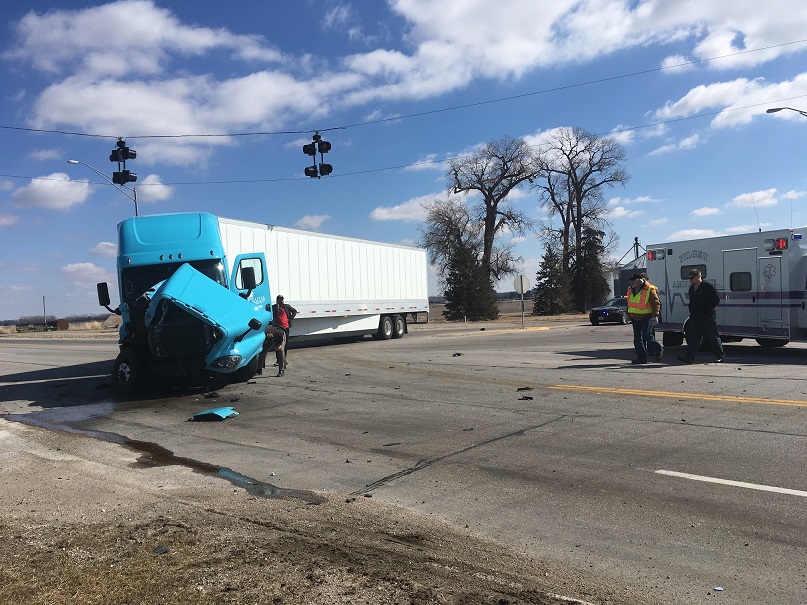 On Wednesday at 2:55 p.m. the Stanton County Sheriff’s office responded to and investigated a two semi-truck accident that closed part of Hwy 275 for more than two hours.  The accident occurred when a semi pulling a closed trailer driven by Vipan Kumar, 35, of New York City turned into the path of a westbound semi pulling a liquid tanker carrying fertilizer driven by Trev Rawhouser, 25, of Columbus at the intersection of Hwy 275 and Hwy 15 near Pilger.

Kumar was treated at the scene by Pilger Fire and Rescue and declined transport.  The semi driven by Kumar completely blocked the highway for about 45 minutes and then the highway was limited to one lane of traffic for about 1 ½ hours as a hazmat team from Norfolk Fire assisted on the scene with leaking fertilizer that was pumped to another tanker.

Traffic was very heavy at the intersection due to closed roadways and bridges and at one point stretched for nearly two miles to the east.  Seat belts were in use at the time of the accident.  Stanton County Emergency Management assisted with traffic control