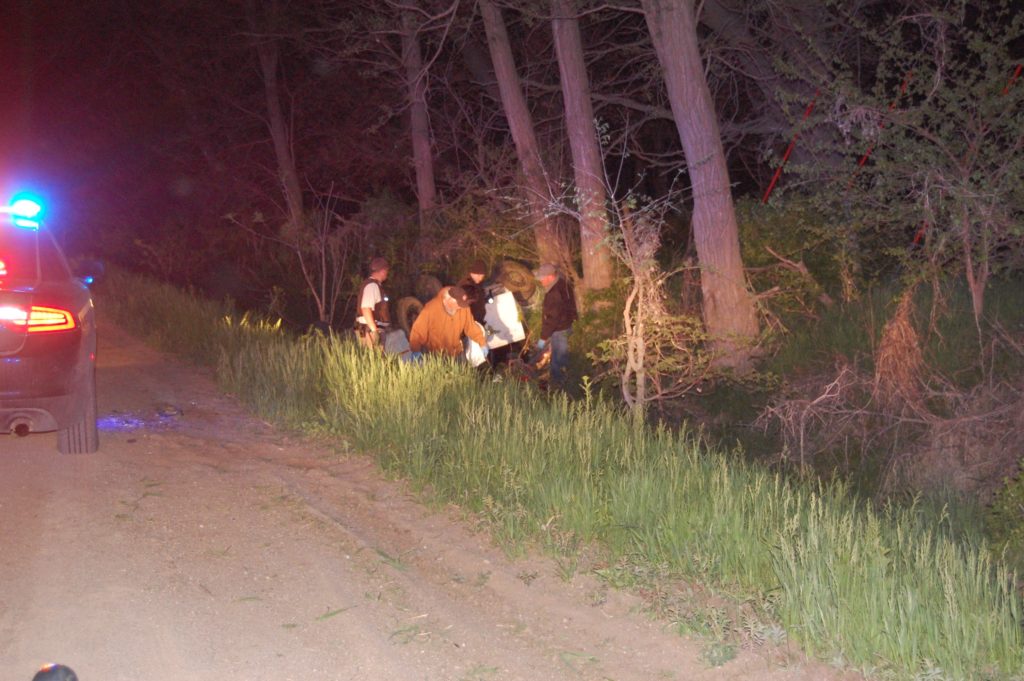 Just after 2:10 a.m. on Tuesday morning the Stanton County Sheriff’s office was involved in a vehicle pursuit that began on Hwy 15 South of Pilger, after a speeding vehicle refused to stop and accelerated away west onto county roads.

The suspect vehicle traveled west towards Stanton on county roads and then made its way on to the Golf Course Road southeast of Stanton and then began to travel back east towards Hwy 15.  The vehicle left the Golf Course Road onto 570th Avenue where the driver lost control and the vehicle left the roadway rolling and coming to rest against a tree.

The vehicle was found to have fictitious plates and believed to have been stolen earlier in the night from a Norfolk residence.  Drug violations are also suspected and a search warrant will be undertaken by the Sheriff’s office on the seized vehicle.

Both Loughman and Herbel face charges of theft by receiving and Loughman faces additional felony charges of operating a motor vehicle to avoid arrest-3rd offense, willful reckless driving, driving during suspension and speeding.  Both men are convicted felons and Loughman was convicted back in 2012 of operating a motor vehicle to avoid arrest in Stanton County after leading the Sheriff’s office on a high speed chase from Norfolk to north of Pilger in a reported stolen vehicle.  The emergency response to the pursuit and accident scene was hampered by the Hwy 57 Bridge South of Stanton still being closed due to flooding.  Clarkson Rescue and Norfolk Fire/Rescue also assisted.