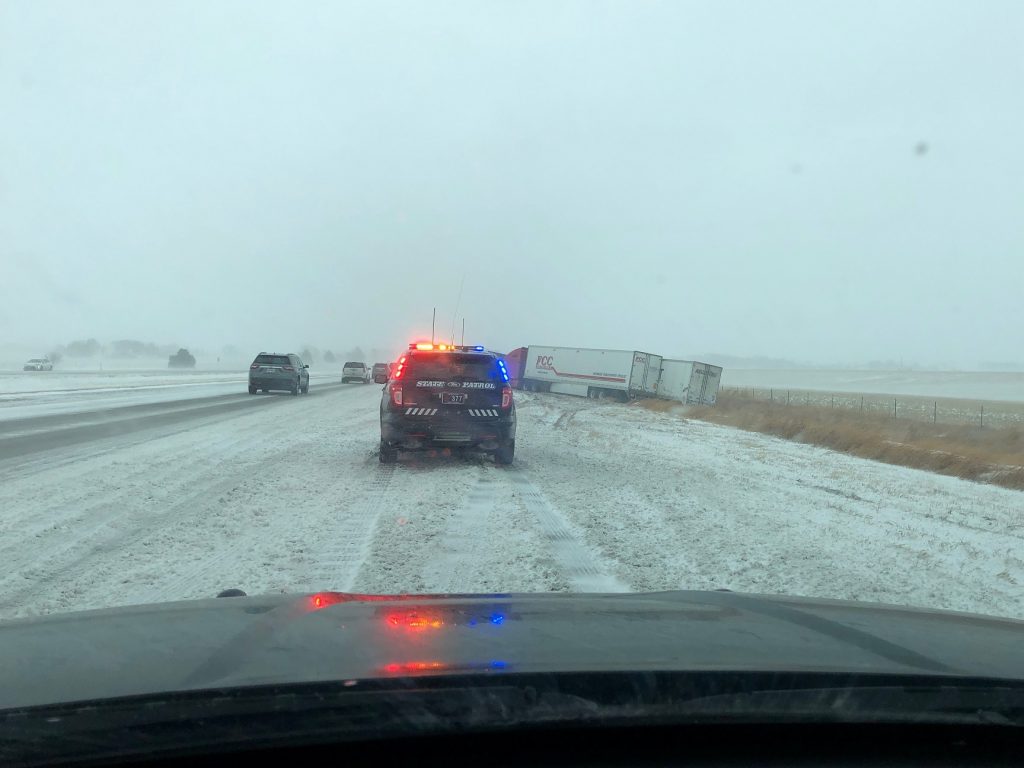 JANUARY 15, 2021 (LINCOLN, NEB.)  — Troopers with the Nebraska State Patrol have responded to dozens of weather-related incidents throughout the day Friday. Snow mixed with strong winds to create blizzard conditions and hazardous travel situations in many areas of eastern Nebraska.

Between midnight and 8:00 p.m. CT, troopers responded to more than 30 crashes, performed nearly 125 motorist assists, and assisted other agencies with more than 20 additional incidents. The vast majority of those incidents have occurred in the Lincoln and Omaha areas. 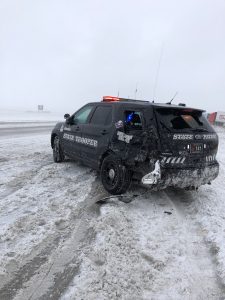 One trooper’s patrol unit was struck while responding to a crash, but the trooper was not injured. The incident occurred near mile marker 417 on eastbound Interstate 80, at approximately 11:05 a.m. The trooper had just arrived to assist additional troopers at the scene of another crash. Shortly after the trooper parked on the shoulder, a semi jack-knifed behind him and slid into the patrol vehicle. The trooper was still inside the vehicle and was buckled up at the time of the crash. He was not injured.

Troopers will remain on the road throughout the evening hours Friday as the weather pattern continues to move through the area. Any motorist who needs assistance on the road can call the NSP Highway Helpline at *55 and speak directly with an NSP dispatcher.

All motorists are urged to use caution when traveling in adverse weather conditions and to prepare before hitting the road. Up-to-date road conditions are available any time with Nebraska 511.