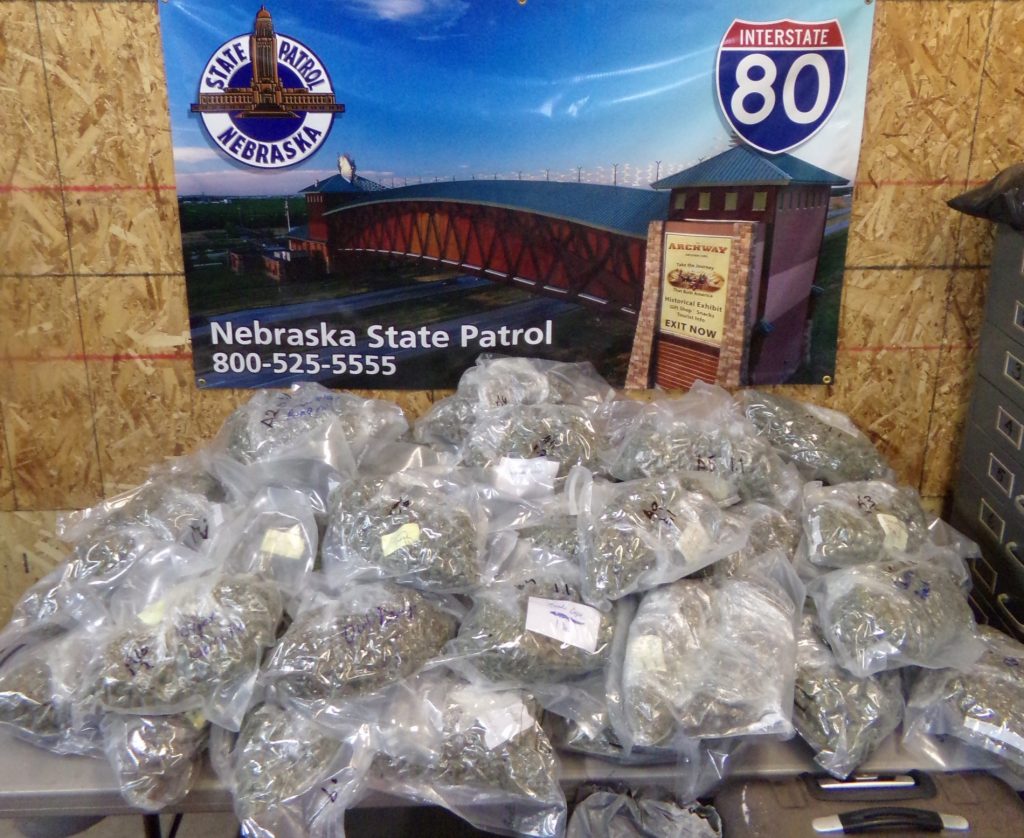 NOVEMBER 2, 2020 (KEARNEY, NEB.)  — Troopers with the Nebraska State Patrol (NSP) have arrested a California man after finding nearly 50 pounds of marijuana during a traffic stop on Interstate 80 near Kearney.

At approximately 5:40 p.m. Saturday, a trooper observed a Dodge Grand Caravan make an unsafe pass of a semi-tractor/truck trailer. The trooper performed a traffic stop on the van.

During the traffic stop, the trooper detected the odor of marijuana. A search of the vehicle revealed 49 pounds of marijuana contained inside suitcases in the rear of the van.

The driver, David Powell, 42, of Sonora, California, was arrested for possession of marijuana – more than one pound, possession with intent to deliver, and possession of drug paraphernalia. Powell was lodged in Buffalo County Jail.