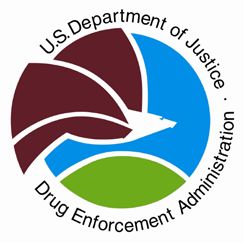 OMAHA, Neb. –In a three day span beginning December 5, the Drug Enforcement Administration (DEA) Omaha Division, in coordination with state and local law enforcement partners, arrested five people and seized 240 pounds of methamphetamine, two kilograms of heroin, one stolen handgun and $289,269 in drug profits. Four of the five arrests and 225 pounds of the methamphetamine came from Minnesota, while agents in Omaha, Nebraska, seized $134,269 in a single operation.

“Over the past five years, we have experienced a significant decrease in wholesale prices of methamphetamine throughout the United States, meaning the market is saturated,” DEA Omaha Division Special Agent in Charge Richard Salter Jr., said. “Until we control our borders, we will continue to see this destructive drug plague our communities and steal our children’s futures.”

Methamphetamine in the Midwest retails around $1,600 per pound, which is about 71 percent cheaper than it was at the peak of domestic production in 2005. Domestic production declined significantly following the 2005 Combat Methamphetamine Epidemic Act and is almost non-existent in today’s market. Roughly 99 percent of all methamphetamine seizures are Mexican made with a purity and potency in the high 90th percentile.

“The rapidly increasing quantities of methamphetamine being seized throughout the Midwest is a consequence of a porous southwest border. DEA agents are working around the clock to try and slow the flow of methamphetamine into the country and keep this incredibly dangerous drug out of our communities and away from our children.”