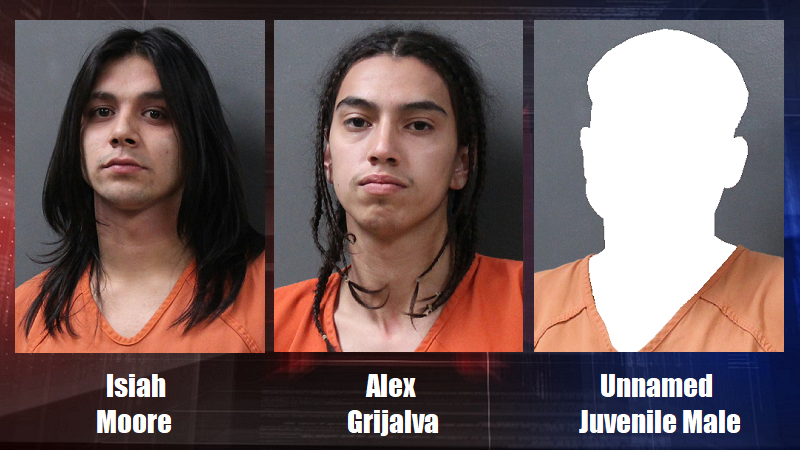 District Court arraignments have been set for next week for two men and a juvenile male accused in an October 2019 shooting incident on the northwestern edge of Scottsbluff.

18-year-old Isiah Moore of Gering, 21-year-old Alex Grijalva of Scottsbluff and a 17-year-old from Gering all appeared for preliminary hearings in Scotts Bluff County Court this week, where judges found probable cause to bind over their cases.

Each of the three are facing four felony charges… two counts of unlawful discharge of a firearm, one count of use of a firearm to commit a felony and attempted kidnapping.

While arrest affidavits in all three cases are sealed, other court documents say investigators believe all three were part of the shooting incident involving a house with three people inside, and a pickup truck with two occupants.

A fourth defendant tied to the incident, 17 year old Jacob Enriquez of Scottsbluff, is charged with the same three firearms felonies.

District Court pre-trial in his case set for later this month, with trial scheduled for the jury term beginning April 1st.

Arraignments for Moore and Grijalva are set for Mar. 13, with a first District Court appearance for the 17-year-old juvenile male taking place the following day. The teen is currently charged as an adult but KNEB News is withholding his name in expectation of a motion to move his case into Juvenile Court.