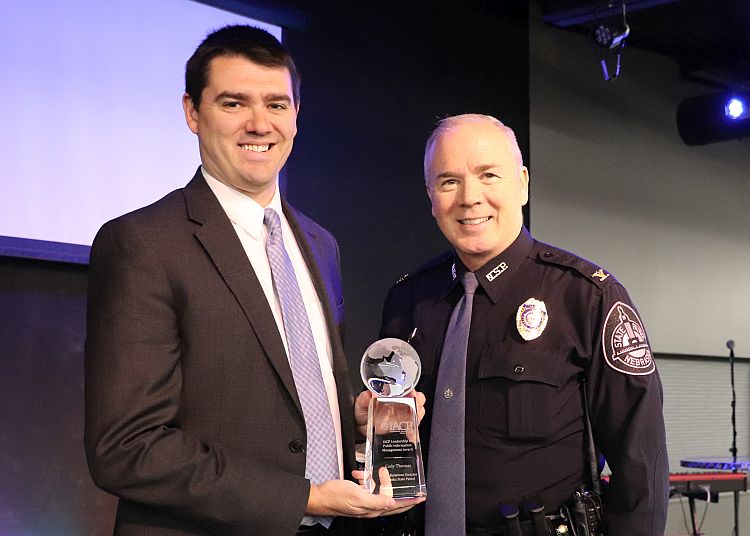 OCTOBER 28, 2020 (LINCOLN, NEB.)  — The Nebraska State Patrol (NSP) is proud to announce that their Public Relations Director, Cody Thomas, has received the Leadership in Public Information Management Award from the International Association of Chiefs of Police (IACP), which is the world’s largest and most influential professional association for police leaders worldwide.

This award is given to nominees who demonstrate innovative use of social media and successful information management during critical incidents. Sworn and civilian public information officers around the world are eligible for this award.

“We are incredibly proud of Cody for the excellent work he does every day,” said Colonel John Bolduc, Superintendent of the Nebraska State Patrol. “Receiving this international award really speaks to Cody’s exceptional communication skills and leadership in his discipline. He has made a tremendous impact on our agency.”

Since 2017, Thomas has revamped NSP’s communication strategy with the media and the community. His proactive strategy to improve transparency and increase positive community interaction has produced sustained results. Thomas has helped mold the image of the Nebraska State Patrol to accurately reflect the complex, yet rewarding work of sworn and civilian staff within the agency. Thomas has generated creative posts that work to highlight NSP’s personality, community connection, workforce, and provide an outlet for serious public safety information as well as light-hearted posts.

“This award speaks to the tremendous team of troopers and staff working to keep Nebraska safe every day, and using social media as an effective tool in that effort,” said Thomas. “Our troopers, investigators, and civilian staff do phenomenal work. It’s my privilege to share their stories with the public through both social media and our partnerships with the local media outlets who cover communities across Nebraska.”