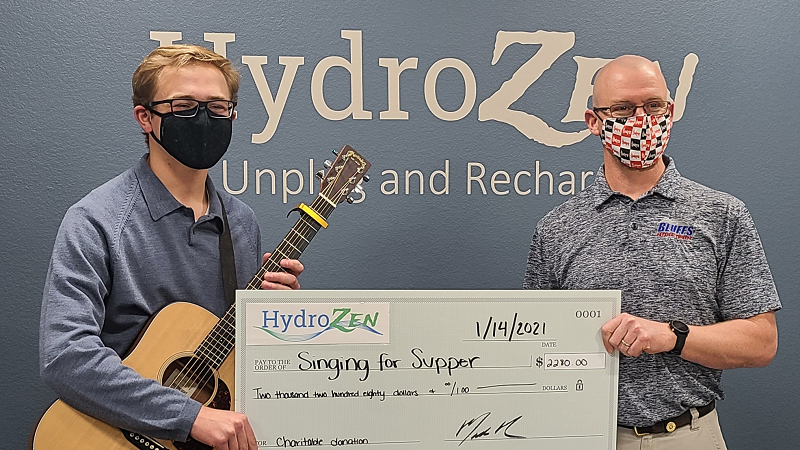 A teenager’s charity aimed at raising money through music to battle food insecurity in the area received a boost thanks to a Scottsbluff business.

During the presentation, Mentgen said he wanted to find a way to make an impact by combining a pair of his passions. “I wanted to be able to have a way to give back using my talents as a musician, so I created my charity so I could raise money for food insecurity programs, such as the Cat- and Pup-Pack Programs in Scottsbluff and Gering, local food drives and pantries,” said Mentgen.

For about 10 days in December, Moravec and HydroZen set aside $10 per ‘float’ to be donated to the charity that received the most votes from customers and the public. About 25 different charities received votes through the fundraiser that included voting through social media.