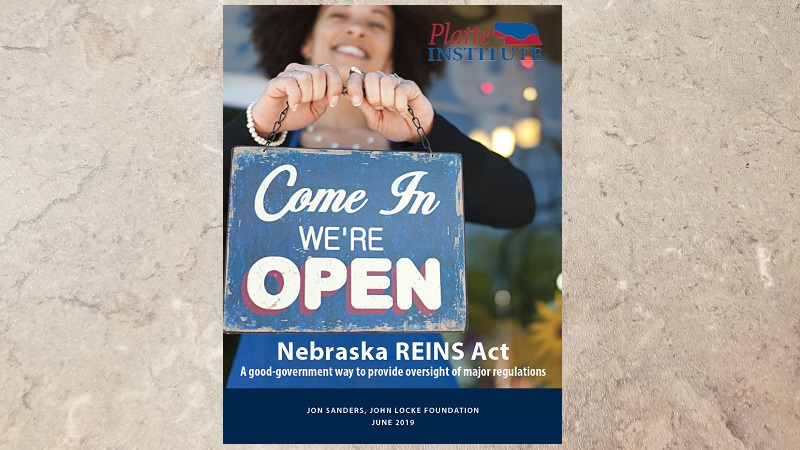 Representatives with the Platte Institute say a new study commissioned by the group makes the case for a proposal that would give state lawmakers veto power over agency regulations that would be economically burdensome.

Regulations from the Executive In Need of Scrutiny, or REINS, would give the legislature the chance to vote up or down on any regulation where the cost of compliance meets a dollar amount predetermined by lawmakers.

John Sanders with the John Locke Foundation says his study of Nebraska’s regulatory climate uncovered mixed results but overall the state’s track record has been good. “Reviews of it by different organizations found mostly good things to say. Some of the problems they found, (were) especially low marks in occupational licensing and regulatory flexibility,” says Sanders, “But the Governor and the Legislature were addressing those problems, and have been in the last couple of years, and that’s a good sign.”

Sanders says his report should help lawmakers find other ways to keep the ball rolling, and a REINS Act would be one such tool.

The report says slowing the growth of ‘red tape’ would make a stronger climate for economic growth by prompting agencies to be more mindful of the economic impact of proposed rules, and inducing legislators to take greater care not to over-task those agencies.