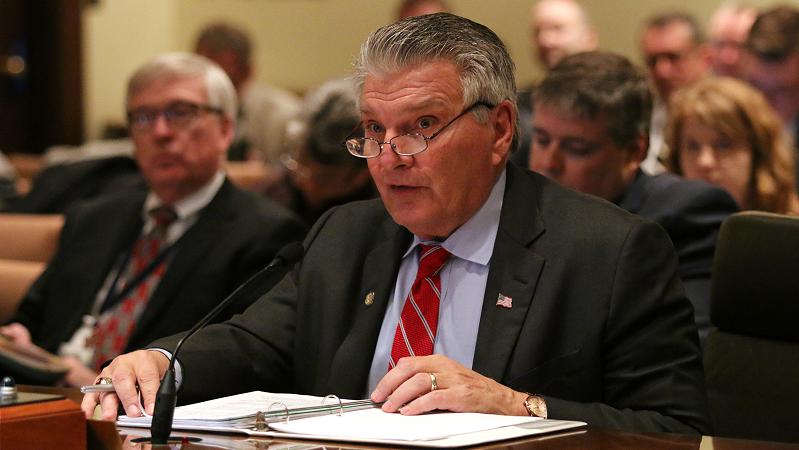 State Sen. John Stinner is expecting a legislative year perhaps unlike any other, with big issues to be addressed among hundreds of bills introduced by his colleagues, and the need to follow safety precautions dictated by the virus pandemic.

The chairman of the Legislature’s Appropriations Committee says they do have the budget, additional property tax relief, improving prison capacity and redistricting to complete. On that last item, Stinner says he understands Census figures won’t come from the federal government until sometime in June, raising the possibility of a special session.

“Even if we went full session into June, we probably could not put together the numbers and redistricting,” said Stinner. “We do have a Redistricting Committee that was assigned by the Executive Committee, but sitting and waiting for numbers, working with maps, and negotiating who gets what, doesn’t start until you have a basis to have that discussion.”

On the budget, Stinner says it should make it to the floor in mid- to late March, and there are just a few differences to hammer out between the Governor’s plans and those of lawmakers, including just how much additional property tax relief might take place.

The Gering lawmaker says the pace of the session will be dictated somewhat by the sheer volume of legislation introduced in spite of the virus pandemic. “We, meaning the (committee) chairmen, sent out letters to members of the Legislature saying, ‘Let’s try to concentrate on your priorities, limit your legislation as best you can,” said Stinner. “That didn’t work. We still have 500-600 bills to be heard, and we’ll see how that all goes.”