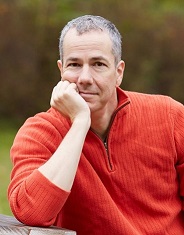 NORFOLK, NE – Nebraska’s state poet and the executive director of the Nebraska Writers Collective will be featured during the next Visiting Writers Series event at Northeast Community College in Norfolk.

Matt Mason will read from his work on Wednesday, October 30, at 4 p.m., in the Cox Activities Center Theatre.

Mason runs poetry programming for the U.S. State Department, having worked in Belarus, Botswana, Nepal, and Romania. He is the recipient of a Pushcart Prize for his poem “Notes for My Daughter Against Chasing Storms.” His work can be found in numerous magazines and anthologies, including Ted Kooser’s American Life in Poetry.

The author of Things We Don’t Know We Don’t Know (The Backwaters Press, 2006) and The Baby That Ate Cincinnati (Stephen F. Austin University Press, 2013), Mason is based out of Omaha with his wife, the poet Sarah McKinstry-Brown, and daughters, Sophia and Lucia.

The Visiting Writers Series is sponsored by the Northeast Community College English Department. All events are free and open to the public. For further information, contact Bonnie Johnson-Bartee, coordinator, at (402) 844-7673.