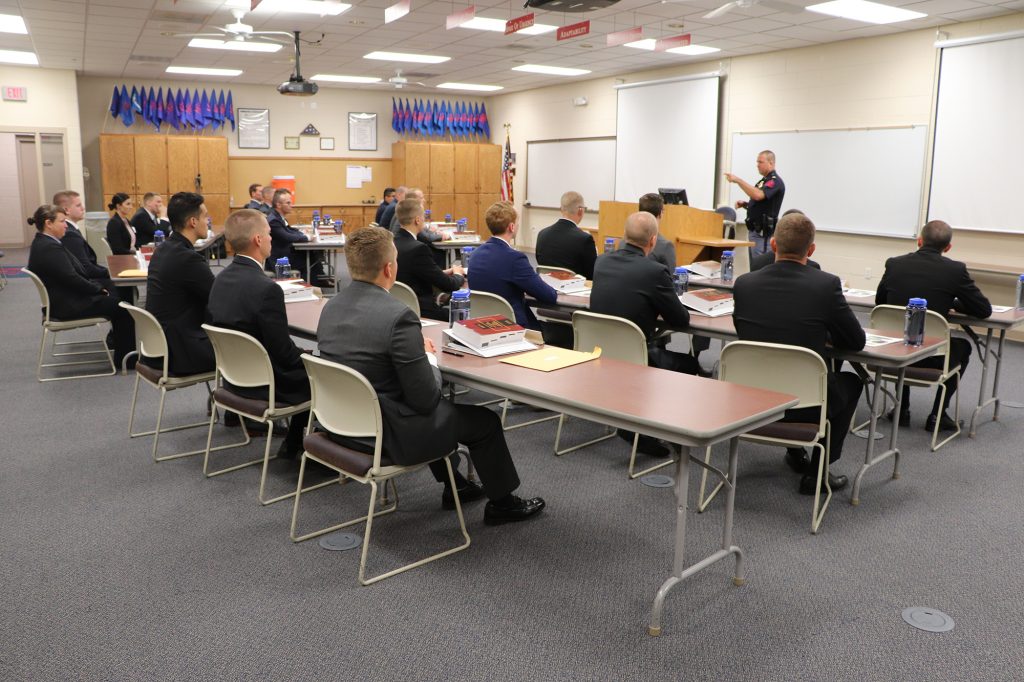 “Every new camp marks a milestone for our agency and the beginning of an immensely rewarding career for the recruits,” said Colonel John Bolduc, Superintendent of the Nebraska State Patrol. “These 23 men and women are joining a dedicated team of troopers who serve Nebraska with pride from border to border every day.”

The recruits of NSP Camp 63 are from three states and 16 communities across Nebraska.

“These recruits have gone through a rigorous process to reach this point and have demonstrated their desire to serve the citizens of our state,” said Captain Jeff Roby, Commander of the NSP Training Academy. “They will spend the next six months with our talented training academy staff to equip them with the skills they’ll need to serve Nebraska for many years to come.”

Camp 63 is the second basic recruit camp held by NSP in 2020. The 23 recruits represent the largest class since Camp 57 in 2016, which also began with 23 recruits. The recruits will complete 22 weeks of training before graduation on December 18, 2020.