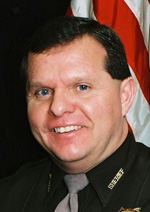 On Sunday morning at about 3:00 a.m. the Stanton County Sheriff’s
office arrested Fernando Lopez, Jr. 25, of Norfolk after he was
stopped for speeding on Hwy 35 near Woodland Park. Lopez was found to be in possession of more than 18 grams of methamphetamine and also Marijuana and Drug Paraphernalia. He was jailed pending the posting of a $250,000.00 bond.

Kash Wolff, 25, of Norfolk was arrested by the Sheriff’s office on a
Madison County Arrest Warrant (FTA) and during his arrest in Woodland Park he resisted arrest and was also found to be in possession of methamphetamine. He was taken into custody and jailed in the Madison County Jail.

Nicholas Roehl, 30, of Bellwood was arrested by the Sheriff’s office
for Driving Suspension on Hwy 15 South of Pilger and was found to have three Outstanding Butler County Arrest warrants for Drug Violations and Bad Checks. Roehl was booked at the Sheriff’s office and later turned over to Butler County authorities. On August 9th, Roehl was released after posting his Bond in Butler County and returned to Stanton where he was again arrested for Driving During Suspension after being observed driving a vehicle from the impound lot.

Seth Higginbotham, 32, of Norfolk was arrested in Stanton by the
Sheriff’s office on a Madison County Arrest Warrant for DUS and FTA and was also found to be wanted on a felony DWI warrant out of Monona County, Iowa for aggravated 3rd offense DWI and Child Endangerment.  Higgenbotham was jailed pending an extradition hearing back to Iowa.

August 5, 2019
On Monday in Stanton County District Court a 44 year old Yankton, SD man was sentenced to prison.  Dustin Alstadt was sentenced to 12 to 18 months following his conviction for Possession of a Controlled Substance (Methamphetamine).  He was arrested last October by the Stanton County Sheriff’s office near Stanton.
Also in District Court a 67 year old Woodland Park man entered a
guilty plea to two counts of Third Degree Sexual Assault of a Child.
David Langan entered the guilty pleas and faces up to six years in
prison when he is sentenced in October and will have to register as a sex offender.  Langan was arrested earlier this spring by the Stanton
County Sheriff’s office following an investigation into the sexual
assault. Also pleading guilty was Roman Jennings, 25, Norfolk to charges of being a Felon in Possession of a Firearm and 2nd Degree Assault on a Police Officer.   Jennings faces more than twenty years in prison when he is sentenced later this year.  Jennings was arrested by the Sheriff’s office in July of 2018 following a traffic stop where he dragged a deputy and vehicle pursuit on Hwy 275 before he was taken into custody.  A pistol that he possessed was later recovered after being thrown out of the vehicle along Hwy 275.

A 19 year old West Point man also entered a guilty plea to Attempted Possession of a Controlled Substance with Intent to Deliver, Possession of Drug Paraphernalia, Speeding and No Driver’s License.  Martin Quinones was arrested by the Sheriff’s office in March on Hwy 275 near Pilger and now faces up to three years in prison.

Jeffrey Ronnfeldt, 35, of Pierce entered a guilty plea to Resisting
Arrest following a plea agreement where a felony charge of Terroristic Threats was dismissed.   Ronnfeldt was arrested by the Sheriff’s office earlier this year along with Cory Haase following a brick throwing incident at a Woodland Park residence of an on-duty deputy, where Ronnfeldt was tased during his arrest.  He will also be
sentenced in October.