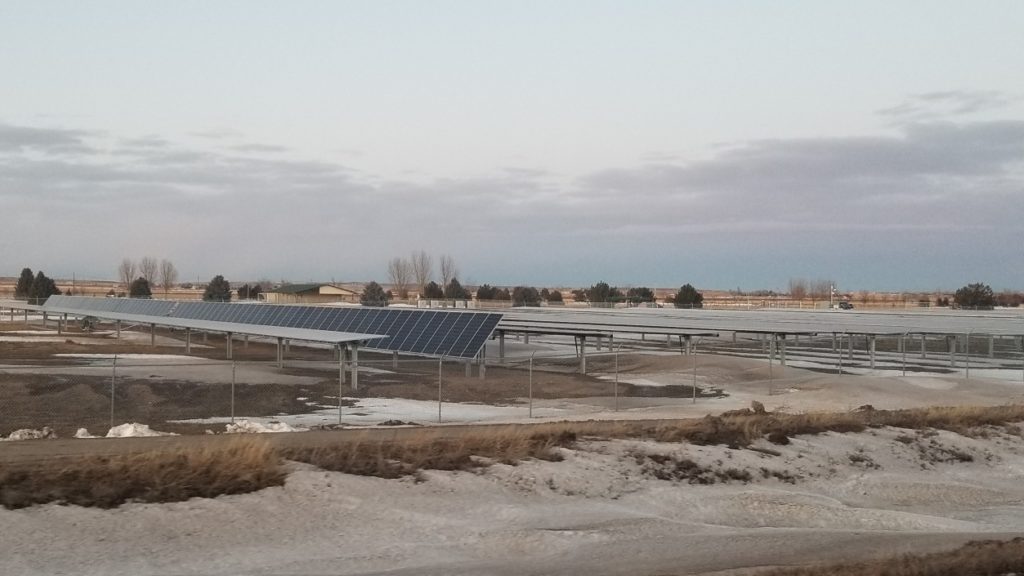 Scottsbluff residents and businesses wanting to add solar from the Landers Complex facility to their electric power mix can now express their desire to do so.

Nebraska Public Power District has opened the online list for those interested in the project, which will generate 4.375 megawatts from the solar farm expected to be completed and in operation by the end of March.

NPPD Account Manager Terry Rajewich tells Rural Radio News the utility expects the new complex to be popular based on their experience with the smaller community solar project outside the Scottsbluff office. “It remains full, nobody drops,” says Rajewich. “If somebody has moved, those shares get picked up quite quickly. We still had a waiting list from customers on that project.”

To express your desire to add solar to your electricity sources, you can go online to the NPPD website to be added to a waiting list. Those who sign up will be invited to an open house to finalize their participation in the program before the new project goes live.

Rajewich says the only current limitation is that business customers would initially be limited to 100 shares of the power produced in an effort to give residential customers the opportunity to sign up. The total number of shares has yet to be determined.

NPPD officials estimate the solar project will provide $2 to $2.5 million in savings in energy costs over the 25-year agreement period for the city of Scottsbluff.