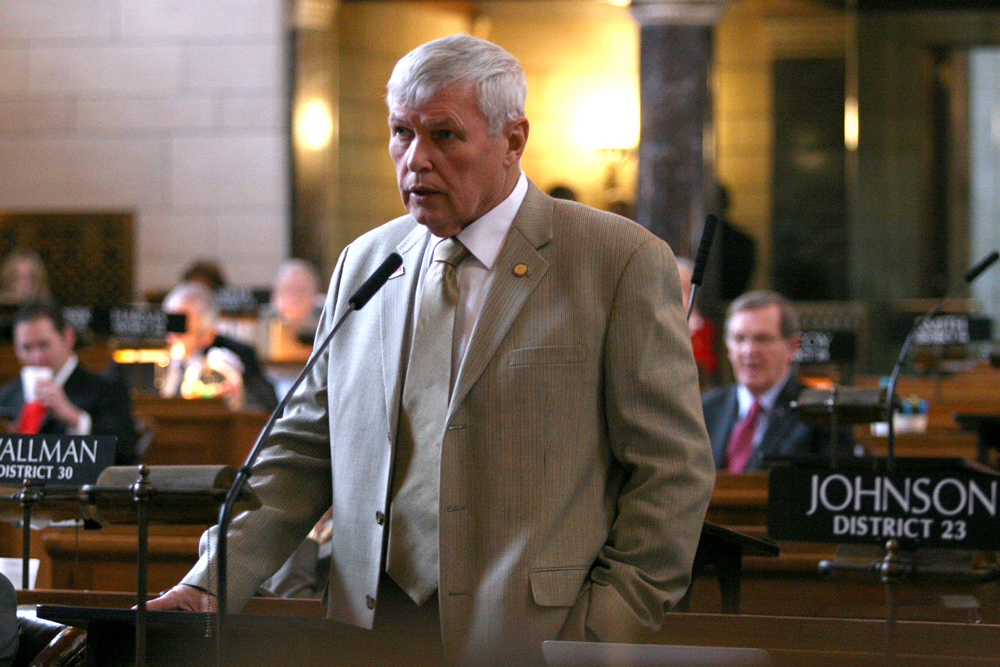 Senator Jerry Johnson, Chairman of the Agriculture Committee of the Legislature, announced that he has contacted members of Congress, including the Chair and Ranking Member of a key House Appropriations Committee Subcommittee, urging Congress to intervene to require OSHA to commence formal rulemaking before implementing a significant and very costly change affecting farmer cooperatives and other anhydrous fertilizer retailers, and their customers, farmers. Senator Johnson is also contacting his counterparts as legislative committee agricultural chairs in each of the 50 states legislatures through the National Conference of State Legislatures to encourage them to weigh in on this issue as well.

On July 22, 2015, the Occupational Safety and Health Administration (OSHA) issued an enforcement memorandum notifying of its intention to begin enforcing a change in interpretation of the exemption of retail facilities handling anhydrous ammonia from the applicable Process Safety Management (PSM) standards (PSM of Highly Hazardous Chemicals – 29 CFR 1910.119) that are currently applicable only to anhydrous manufacturing and wholesale storage facilities. Under the change in interpretation, farmer cooperatives and other crop nutrient product retailers handling anhydrous ammonia fertilizers, would suddenly be subject to costly compliance costs which includes costs of staffing, recordkeeping, equipment replacement and other costs. A survey of its members by the Nebraska Cooperative Council found that compliance costs per coop could exceed $10 million apiece.

“What is even more concerning,” said Senator Johnson, who managed cooperatives in his private career, “is that OSHA’s actions could force ag retailers to consolidate anhydrous retail operations or abandon selling anhydrous altogether.” Senator Johnson said it has been estimated that additional costs to producers either to acquire more expensive anhydrous ammonia or to switch to alternative dry or liquid fertilizers, could add $18 – $35 per acre to crop input costs at a time when commodity prices and farm income are in decline.

OSHA has said it will begin enforcing compliance beginning October 1 of this year. Senator Johnson noted in his letter that OSHA had already defied intent language included in a previous appropriations bill asking OSHA to conduct formal rulemaking before proceeding with expanding application of the PSM to ag retailers. Johnson also noted that litigation is currently underway challenging whether OSHA failed to follow the federal Administrative Procedures Act which requires agencies to conduct formal rulemaking when a proposed agency action will imposed compliance costs exceeding $100 million.

“Congress must intervene to allow the affected industry and farmers to weigh in on OSHA’s proposal. It is that important,” said Senator Johnson.

(AUDIO) Severe Weather is on the Way; Prepare Now for Spring Storms

Troopers Participate in ‘U Text, U Drive, U Pay’ Campaign