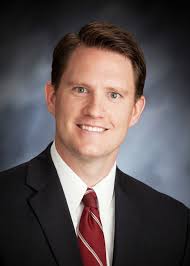 When I was considering running for the Nebraska State Legislature, and when I began my campaign, I was determined to do something about our high property taxes.  During my first year in the legislature, I came to understand that if we expect to do anything meaningful about property taxes we needed to think bigger.  Politicians have known Nebraska’s property taxes are high for years, and yet they continue to rise.  That’s why I introduced a series of bills, LB 1211, LB 1212, and LB 1213 this year.

LB 1211 is a simple bill that would require political subdivisions to begin the budget process by determining how much tax revenue they have to work with.  Any family or business owner in our state understand that you cannot spend more than you bring in.  When families or business owners sit down to determine their budgets, they first determine how much they expect to make that year, and then budget accordingly.  Our local governments often determine their budgets before determining how much money they expect to receive through taxes, raising taxes accordingly to fund the proposed budget.  LB 1211 simply requires that political subdivisions budget in the same manner that families and businesses across the state do.

LB 1212 is a bill requiring political subdivisions to give notice when their expected tax revenue will increase from the year before.  It also requires that if the revenue will increase from the year before, the subdivision must automatically lower its levy so that revenue does not increase without a specific vote of the officials governing that subdivision.  Governing bodies should not automatically receive more revenue from taxes than the year before, but instead must take deliberate action to increase revenue.  I anticipate making additional changes to LB 1212 before its public hearing.

LB 1213 is a bill I’ve worked on all interim.  I’ve consulted many stakeholders throughout the district to develop a solid policy, though I expect it will also go through some changes before its public hearing.  This bill is an effort to bring tax reform to Nebraska through changes in Nebraska’s property, sales, and income taxes.  Any serious effort to provide long-term tax relief for Nebraskans must be focused on reform and modernization, including of those taxing entities that will be affected by such changes.

This bill is tax reform, but it is also reform of our school funding system.  Our current funding model, TEEOSA, has become unsustainable and inappropriate for a term-limited legislature to manage and, in my opinion, unfair for most of the schools in District 16.  LB 1213 abolishes TEEOSA and replaces it with the New School Aid Act, providing per-pupil funding that ensures every public school student in the state receives state funding.  In the bill are special allowances for poverty, sparsity, English language learners, and incentives to limit spending increases and consolidate administrative costs.

I’m very excited about these bills and hope to start a conversation about per-pupil student funding and tax reform in Nebraska.  As always you can contact me at bhansen@leg.ne.gov or contact the office to speak with my Administrative Assistant, Ellie Stangl, or my Legislative