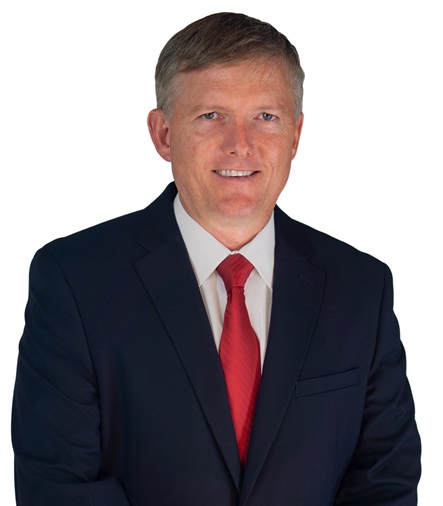 Lexington, Neb. — The campaign trail ran through Lexington and other outstate Nebraska communities this week for Matt Innis of Lincoln who is trying to convince fellow Republicans that he should be in the U.S. Senate rather than Senator Ben Sasse.

Innis tells the Rural Radio Network  it was appropriate that President Trump was acquitted of impeachment charges Wednesday because there was no crime committed. And Innis says Democrats said the campaign to impeach the President began when members of his own party called President Trump unfit…

“Now if you look back who was calling President Trump, Donald Trump at the time, unfit, well it was Ben Sasse…Ben Sasse was on with Jake Tapper…in fact he couldn’t get on liberal talk shows enough…basically saying Donald Trump was unfit…he was a New York liberal, we can’t trust him. In fact he said he didn’t vote him and he’s never going to vote for him.”

The Senate voted to acquit President Trump on both counts in his impeachment trial. Innis says the Democrats essentially used criticism of Trump from his own party members to go after him. Innis says when the “whistleblower” report came out in September, Senator Sasse came out and said the “whistleblower” report was troubling and concerning and the Republicans had better not “circle the wagons” on Trump. Innis says that, combined with Mitt Romney’s comments against the President, and the Democrats had all the fuel they needed.

State of the Union

Innis praised President Trump’s recent State of the Union Address, but expressed frustration with Democrats for not recognizing the country’s accomplishments under the President’s guidance…

Innis says it was a “dispicable act” when House Speaker Nancy Pelosi tore the speech up. Innis says Pelosi’s act was staged for attention. Innis says the President delivered a “great speech” and it was great to hear how good things are going for everyone.

Innis says there are several ways he would be different from Senator Sasse, starting with being on the Agriculture Committee…

Innis also claims Sasse had opportunities to help flood victims last year, but didn’t.  Innis cited an instance when Senator Sasse showed up at Camp Ashland, which suffered tremendous flooding in 2019. Innis says instead of helping in the clean up, Sasse showed up, got his picture taken and left.

Innis has several criticisms of Senator Sasse, including where his campaign funds have come from…

Innis is a former chairman of the Lancaster County Republican Party and owns a lighting and cabling contracting business in Lincoln.