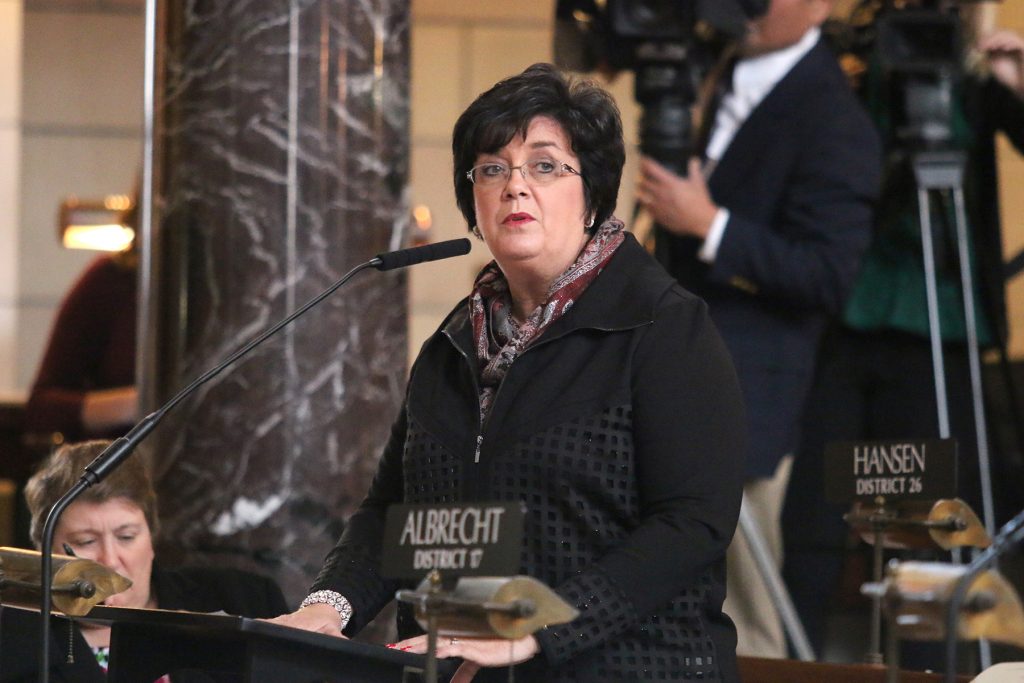 High school students are invited to take on the role of state senators at the Unicameral Youth Legislature June 13-16. At the State Capitol, student senators will sponsor bills, conduct committee hearings, debate legislation and discover the unique process of the nation’s only unicameral.

The Unicameral Youth Legislature gives behind-the-scenes access to students who have an interest in public office, government, politics, law, public policy, debate or public speaking. Students will learn about the inner workings of the Legislature directly from senators and staff.

Senator Albrecht said, “It is such a joy to me when students come to the Capitol or contact my office. I believe it is so important for youth to learn and become invested in the Legislature at a young age. When we learn the uniqueness of laws are made in Nebraska, and the value of being involved as a citizen, I believe it inspires us to serve our communities, counties and state more significantly. Learning about the Legislature is a great launching pad for anything you might want to do in the future and looks great on your resume.”

The Office of the Clerk of the Nebraska Legislature coordinates the Unicameral Youth Legislature. The University of Nebraska–Lincoln’s Extension 4-H Youth Development Office coordinates housing and recreational activities as part of the Big Red Summer Camps program.

To learn more about the program, go to www.NebraskaLegislature.gov/uyl or call (402) 471-2788. The deadline for registration is May 28.