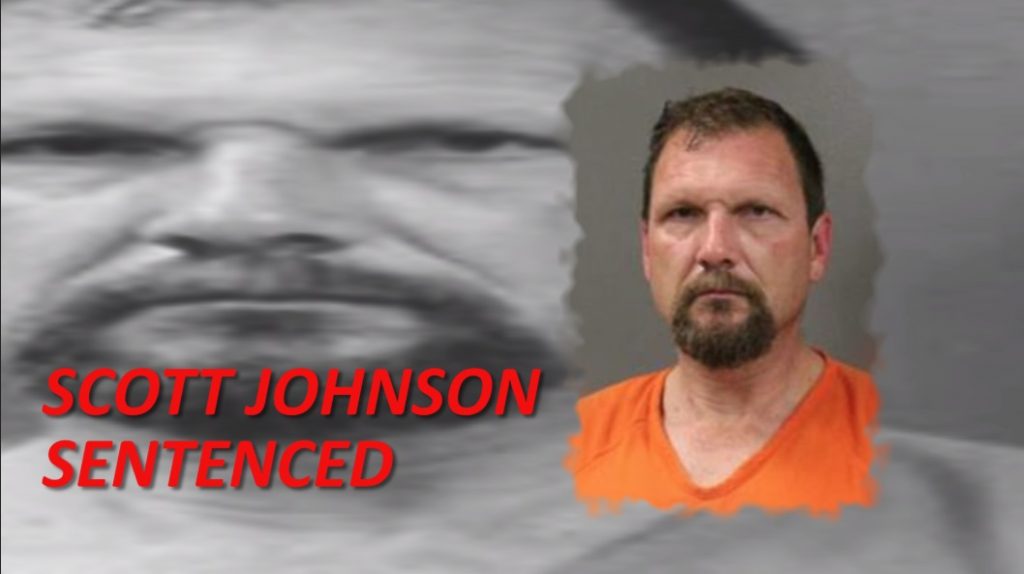 A 48-year-old Scottsbluff man has been sentenced to a total of seven to 12 years in prison stemming from two WING Drug Task Force searches that were executed on August 9th.

Scott Johnson was sentenced Friday after pleading no contest to charges of Possession of Methamphetamine (More than 140 grams) and Possession of a Controlled Substance.

Court records say investigators found 99 grams of meth during a search at his Terrytown residence and learned that he also kept a supply of meth at a Scottsbluff residence. Later that day that search yielded the seizure of more than one pound of methamphetamine.

In exchange for his guilty pleas, prosecutors did dismiss a charge of Felon in Possession of a Firearm.