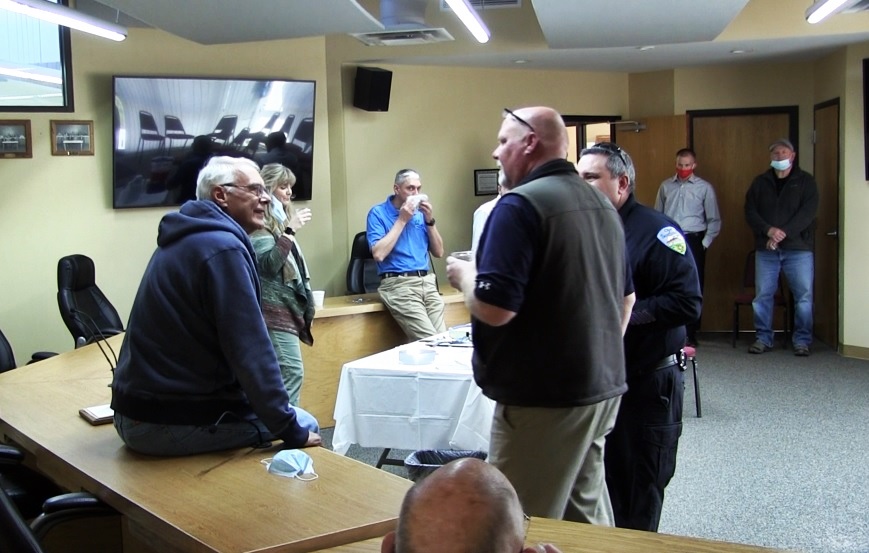 As he prepares to depart on an adventure he postponed in order to serve as Scottsbluff’s interim City Manager for the past couple of years, Rick Kuckkahn was surprised Monday by a “Bon Voyage” farewell party at Scottsbluff City Hall.

Kuckkahn told KNEB News coming back here just fit perfectly into his personal plans and with the pandemic hitting when it did, it would have been much more difficult to make the journey he has planned. But he says things are looking much better for this summer and he is looking forward to his new adventure. Kuckkahn says he will be going back to his sailboat on the Great Lakes, and then later this summer, he will be traveling down the Mississippi river to the Gulf of Mexico. And then eventually make it to the Bahamas. He says it will be a “different kind of adventure.”

Kuckkahn says Scottsbluff is in good hands with new City Manager Dustin Reif, saying there is a great group of people running the city, right from the new boss to the department heads. He says it was an easy decision coming back, knowing it was a situation that may be challenging, but not difficult.

After working with new City Manager Dustin Reif over the past several weeks, Kuckkahn told us everything that was said about Reif through the interview process has come to fruition, and says he has full confidence in his abilities, and thinks the council and the staff share that.

Kuckkahn served as Scottsbluff’s City Manger for 18 years prior to returning in 2020 on an interim basis as a search was conducted to replace Nathan Johnson, who took a similar post in Dillon, Colorado.