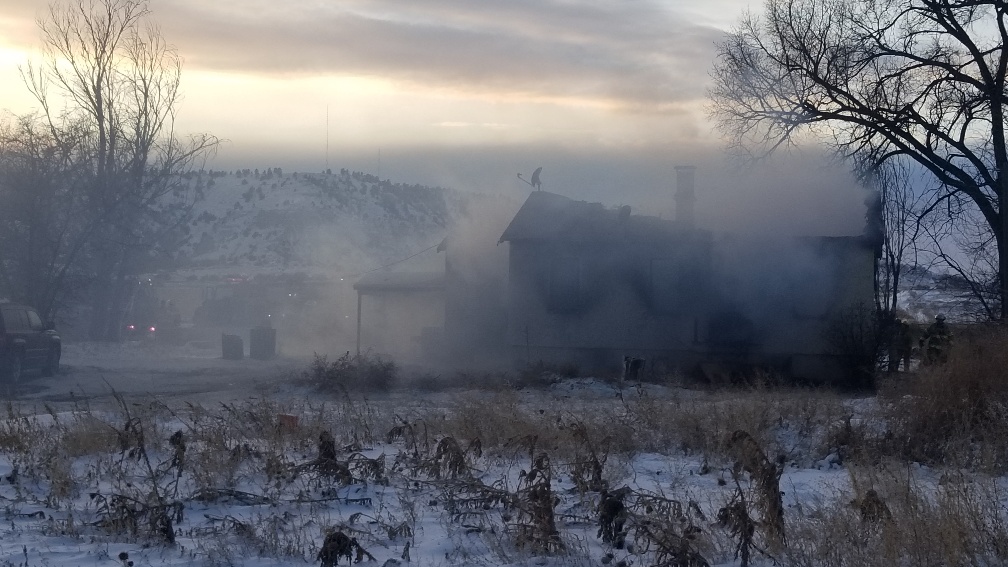 Several agencies responded Sunday afternoon to a reported house fire near the base of the Wildcat Hills south of Mitchell; fortunately, there were no injuries.

Mitchell Volunteer Fire was called just after 3 p.m. for a structure fire on Daggett Drive, calling for mutual aid upon arrival and indicating the house was fully involved.

At the scene, units from the Scottsbluff and Scottsbluff Rural Fire Departments were seen assisting, and the Scotts Bluff County Sheriff’s Department and Valley Ambulance were also on hand.

Mitchell Fire Chief Jon Wurdeman says the home is a total loss, as the house was observed to have completely lost the roof structure and outside walls were blackened by smoke.

Wurdeman tells Rural Radio News neighbors alerted authorities to the fire, and fortunately the family was out of town at the time of the blaze.

The cause is under investigation by the State Fire Marshal’s Office, however Wurdeman said the cause may have been related to space heaters in use inside the house.