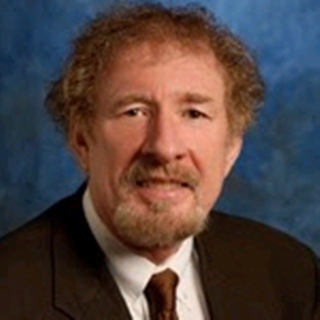 August Survey Results at a Glance:

OMAHA, Neb.  —  Aug. 21, 2020 — The Creighton University Rural Mainstreet Index (RMI) increased slightly to a weak level from July’s frail reading. According to the monthly survey of bank CEOs in rural areas of a 10-state region dependent on agriculture and/or energy, August’s index represented the sixth straight month with a reading in a recessionary economic zone.

“Farm commodity prices are down by 10.4% over the last 12 months. As a result, and despite the initiation of $32 billion in USDA farm support payments in 2020, only 8% of bankers reported their area economy had improved compared to July, while 18.4% said economic conditions had worsened,” said Ernie Goss, PhD, Jack A. MacAllister Chair in Regional Economics at Creighton University’s Heider College of Business.

State’s have varied in the impact of COVID-19 on the economy depending on government enforced shutdowns. For example, Todd Douglas, CEO of the First National Bank in Pierre, South Dakota, said, “As for South Dakota, we were a state that did not shut down. Western part of the state has seen a significant boost to the economy due to tourism from shut down states.”

Farming and ranching:  For only the second time in the last 81 months, the farmland price index moved above growth neutral with an August reading of 50.1, up from July’s 45.6.

Approximately 45.8% of bank CEOs with ethanol plants in their area reported temporary shutdowns. The remaining 54.2% indicated ethanol production expanding at a slow pace.

Steven Meier, regional president of the Bank of Colorado in Thornton, reported that local ethanol plants were operating at about normal capacity.

The August farm equipment-sales index fell to 32.8 from 34.4 in July. This marks the 83rd straight month the reading has remained below growth neutral 50.0.

Banking: Borrowing by farmers expanded for August, but at a slower rate than in July. The borrowing index fell to 53.9 from July’s 57.4. The checking-deposit index advanced to 78.9 from 64.7 in July, while the index for certificates of deposit and other savings instruments slumped to 40.8 from 52.9 in July.

This month, bankers estimated that farm loan defaults would rise by 5.3% over the next 12- month period. This is up slightly from the 5% recorded last month, and from 4.8% registered one year ago.

Douglas, CEO of the First National Bank in Pierre, South Dakota, said, “We have a large amount of Paycheck Protection Program loans that have inflated our loan balances and checking balances. We should be back to normal by October if loans get forgiven.”

Hiring: Layoffs for August exceeded new hiring with an index of 47.4, down from 50.0 in July. Even so, data from the U.S. Bureau of Labor Statistics indicate that employment levels for the Rural Mainstreet economy are down by 225,000, or 5.1%, compared to pre-COVID-19 levels. “It will take many months of above growth neutral readings to get back to pre-COVID-19 employment levels for the region,” said Goss.

Home and retail sales: The home-sales index rose to a strong 68.9 from July’s 68.2. The retail -sales index for August slumped to an even more frail 38.2 from July’s 41.2. “Business shutdowns linked to COVID-19 continue to harm the region’s retailers,” said Goss.

Each month, community bank presidents and CEOs in nonurban agriculturally and energy-dependent portions of a 10-state area are surveyed regarding current economic conditions in their communities and their projected economic outlooks six months down the road. Bankers from Colorado, Illinois, Iowa, Kansas, Minnesota, Missouri, Nebraska, North Dakota, South Dakota and Wyoming are included.

This survey represents an early snapshot of the economy of rural agriculturally and energy-dependent portions of the nation. The Rural Mainstreet Index (RMI) is a unique index covering 10 regional states, focusing on approximately 200 rural communities with an average population of 1,300. It gives the most current real-time analysis of the rural economy. Goss and Bill McQuillan, former chairman of the Independent Community Banks of America, created the monthly economic survey in 2005.

Below are the state reports:

Iowa: The August RMI for Iowa increased to 46.8 from July’s 43.1. Iowa’s farmland-price index grew to 53.2 from July’s 49.2 from June’s 48.3. Iowa’s new-hiring index for August rose to 51.7 from 43.4 in July. James Brown, CEO of Hardin County Savings Bank in Eldora, reported, “There was tremendous storm damage in our southern trade territory including the towns of New Providence, and Union. We subtracted $100 per acre from our farm customers cash flows with the combined effects of the drought and storm.” Compared to the same month last year, Iowa’s Rural Mainstreet economy has lost 8.5% of its employment representing 58,000 jobs.

Kansas: The Kansas RMI for August climbed to 50.8 from July’s 46.4. The state’s farmland-price index climbed to 52.7 from 47.0 in July. The new-hiring index for Kansas advanced to 54.8 from 54.4 in July. Compared to the same month last year, Kansas’s Rural Mainstreet economy has lost 5.9% of its employment representing 25,000 jobs.

Minnesota: The August RMI for Minnesota increased to 42.0 from July’s 37.4. Minnesota’s farmland-price index increased to 45.7 from 44.0 in July. The new-hiring index for August plummeted to 32.8 from July’s 48.8. Lonnie Clark president of State Bank of Chandler, “We need a safe and effective vaccine fast and news media reporting based on the facts rather than someone’s narrative. There is too much uncertainty.” Compared to the same month last year, Minnesota’s Rural Mainstreet economy has lost 10.8% of its employment representing 57,500 jobs.

Missouri: The August RMI for Missouri rose to 42.7 from July’s 38.4. The farmland-price index increased to 46.0 from 44.4 in July. The state’s hiring gauge fell to 35.5 from 46.7 in July. Don Reynolds, chairman of Regional Missouri Bank in Marceline, said, “We most certainly have had people and businesses that were significantly damaged, like cattle, restaurants, etc. In the same time many have benefitted from more shopping at home and the various governmental programs. Compared to the same month last year, Missouri’s Rural Mainstreet economy has lost 9.5% of its employment representing 31,000 jobs.

Nebraska: The Nebraska RMI for August jumped to 52.9 from 49.3 in July. The state’s farmland-price index advanced to 51.1 from last month’s 48.0. Nebraska’s new-hiring index fell to 58.5 from July’s 64.0. Compared to the same month last year, Nebraska’s Rural Mainstreet economy has lost 5.8% of its employment representing 17,000 jobs.

North Dakota: The North Dakota RMI for August rose to 43.3 from July’s 41.4. The state’s farmland-price index increased to 46.3 from 45.4 in July. The state’s new-hiring index was unchanged from July’s 37.8. Compared to the same month last year, North Dakota’s Rural Mainstreet economy has lost 12.5% of its employment representing 21,400 jobs.

South Dakota: The August RMI for South Dakota climbed to 53.1 from July’s 50.7. The state’s farmland-price index expanded to 51.2 from July’s 48.5. South Dakota’s hiring index fell to 55.8 from 68.6 in July. Compared to the same month last year, South Dakota’s Rural Mainstreet economy has lost 5.2% of its employment representing 11,300 jobs.

Tables 1 and 2 summarize the survey findings. Next month’s survey results will be released on the third Thursday of the month, Sept. 17.