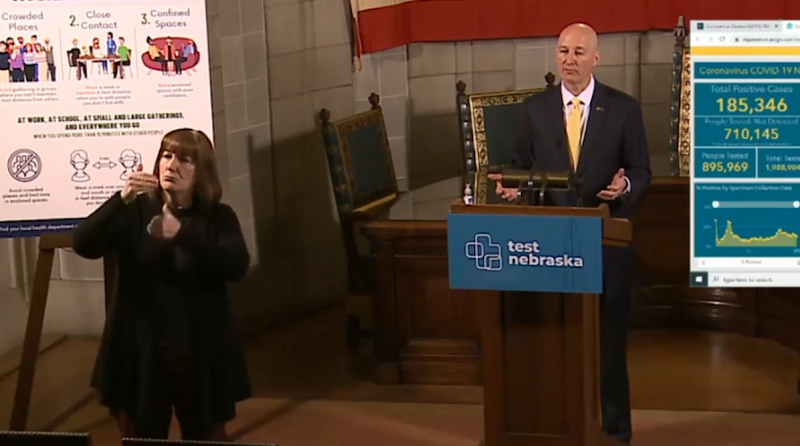 Nebraska Governor Pete Ricketts says he believes President Biden struck the right tone of unity and trying to bring the country together during this week’s inauguration.

Ricketts attended the ceremony this past Wednesday, and Friday  told reporters he hopes Biden will use his influence with Congress to do the same. “They’re not going that direction in pursuing impeachment charges (against Trump), which I think brings disunity, and then today I read that Senate Democrats were charging Senators Cruz and Hawley with ethics violations,” said Ricketts. “Again, this seems to me to create more divisiveness, not healing or unity.”

Ricketts says Congress could take a step toward building unity by creating a commission to assure the integrity of the 2020 election and address the concerns of many in the country who remain skeptical the vote in November was fair.

The governor said we have to have a civil society where we can express our differences, and showing support for the peaceful transfer of power sends that message.