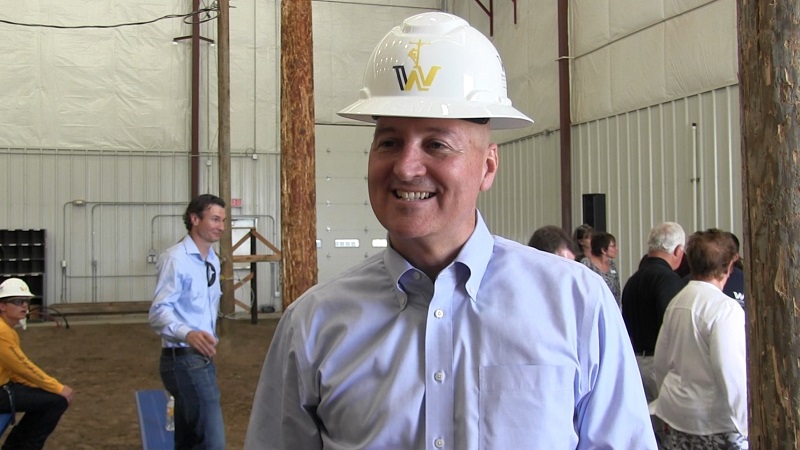 Nebraska Governor Pete Ricketts says it looks like he may have to make another trade trip to the state of New York to counter what he called the latest ‘crazy stuff’ coming out of New York City.

NYC Mayor Bill de Blasio wants to cut beef consumption in that city by 50% and end the use of processed beef by municipal facilities.

Ricketts tells KNEB News that plan is not only anti-agriculture, but also anti-science. “It really ignores what good nutrition is all about, and the fact that our ranchers have been reducing the amount of greenhouse gases by about 16%,” says Ricketts. “They produce more beef with fewer cows, and if you compare our beef production to places like Africa and Asia, we’re 10-50 times lower in greenhouse gas emissions.”

The Governor also joined other Nebraska politicians praising President Trump’s move to repeal the Clean Power Plan of the Obama Administration, saying Trump’s repeal should reduce the likelihood of spikes in Nebraska electricity costs, but the ‘war on coal’ has already cost jobs in Nebraska his administration is trying to bring back.

Ricketts made his comments during a stop Wednesday in Alliance.