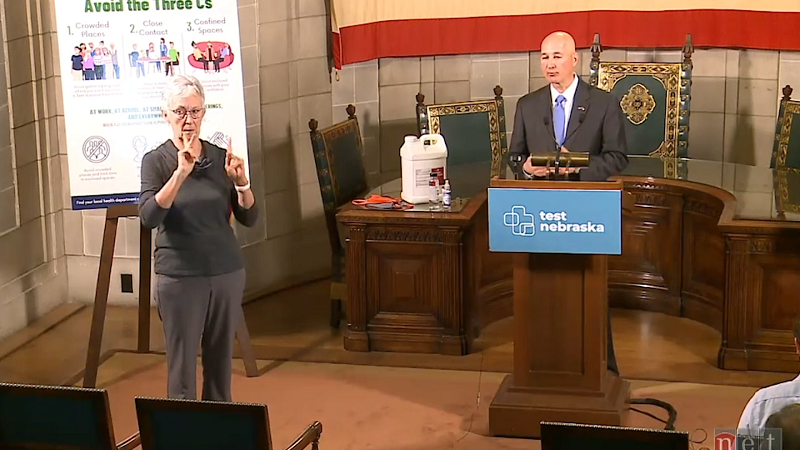 New gathering restrictions and re-imposition of some masking requirements in certain situations will take effect across Nebraska just after midnight Wednesday .

Governor Pete Ricketts announced the changes to his Directed Health Measures during a news conference Monday at the state capitol building.

For bars and restaurants, occupancy would remain at 100 percent, but patrons would be limited to 8 seated six feet apart from other groups, and masks would be required for anyone when not seated.

Ricketts said with regard to masking requirements, there would not be a statewide mask mandate. “The masking that we’re doing is covered in the DHM with regard to specifically, if you’ve got one of those businesses where you’re going to be in close contact with one of your customers 15 minutes or longer, that’s where we’re going to put it in the DHM that you have to wear a mask,” said Ricketts. “That’s the same rule we’ve been using all along during this pandemic.”

Ricketts said many of the new restrictions are a return to what had been in place before the relaxation that took place in September when the various health districts were moved to Phase 4.

The changes would shift the restrictions from guidance only back to where violations could result in a misdemeanor citation. Ricketts said enforcement of any such penalties would be up to local authorities.

An outline of the changes, and additional DHM changes, is available by clicking here.  Official DHMs for each county will be posted on the DHHS website later in the week.