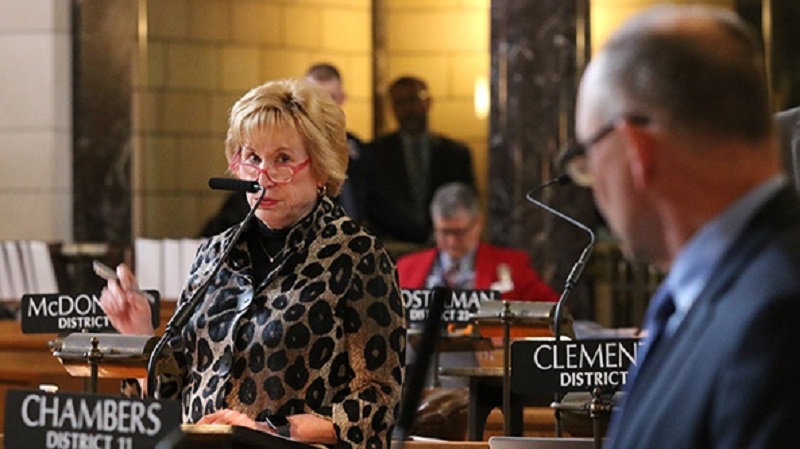 The chair of the Nebraska Legislature’s Revenue Committee has released a listing of estimated total direct per-student aid that K-12 public school districts would receive over three years if LB 974 passed.

According to the list from the Legislative Fiscal Office  released by Sen. Lou Ann Linehan, Scottsbluff Public Schools would receive nearly $57 million over three years, and Gering would be in line for more than $29 million over the same time frame.

Governor Pete Ricketts tells KNEB News he believes Linehan is close to lining up the 33 senators needed to advance the measure, and the release may help convince some school administrators and lawmakers opposing the measure to get behind it. “It really is showing how it will impact school districts, so they will have to constrain their spending, just like we’re doing  at the state (level),” says Ricketts, “but almost all the school districts will be able to grow their budgets, which I think is one of the big concerns of school districts.”

Under the measure, districts would receive new state aid on a per-student basis with property owners seeing lower tax bills as valuations used to determine local school property taxes would drop during the same time period.

Linehan says the list does not include other state aid that goes to school districts outside the current tax equalization state aid formula.