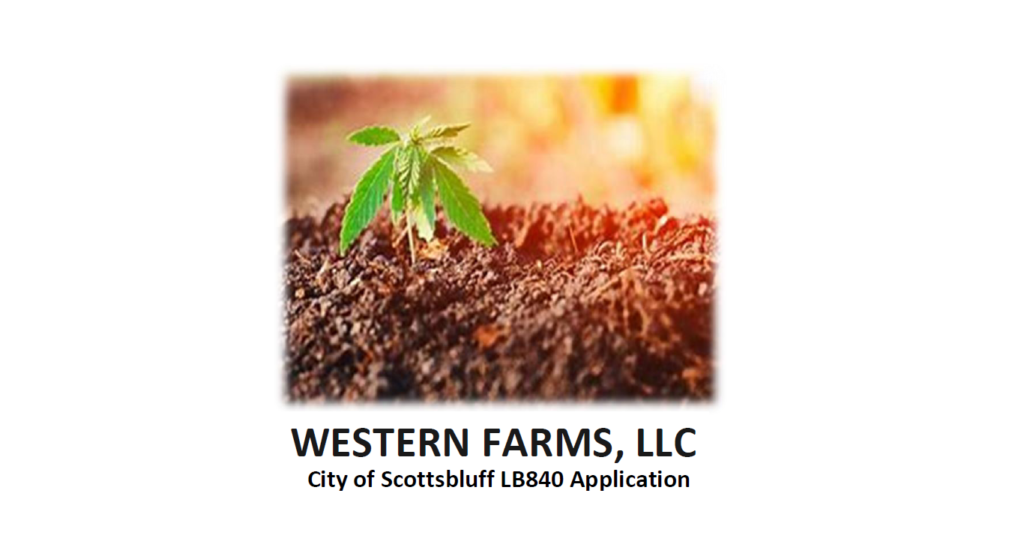 A new business has submitted an LB840 funding application to the City of Scottsbluff for an operation to grow hemp seed, process the crop, and ultimately retail some of the resulting products.

Western Farms, LLC, a partnership of ag producers Mark Johnson and Patrick, Mike, Ed and Art Hoehn,  is asking for just over $1.8 million to offset initial expenses and provide capital to launch a project the partners say would grow the local economy, support Nebraska farmers and enhance quality of life.

Under the plan to go before the city’s LB840 Review Committee Nov. 15, 17 new jobs would be added to the current five employees in the first year, with 64 positions added in the second year of operation. 41 of the total positions would be full-time, with the balance to be seasonal, and wages would range from $16 to $50 per hour.

The partnership purchased the former Aulick’s TLC property on Avenue B in September at a price of $1 million, and while Western Farms paid $200,000 of the initial purchase price, former property owner HVS, LLC provided the balance with private equity, as current law does not allow financial institutions to provide backing for the hemp industry. The partnership will also provide an additional $200,000 for capital expenditures.

The plan says three limited-liability companies would be involved in the project, with Western Farms, LLC as owner and landlord of the Avenue B operation, Western Farms Seeds, LLC operating the business and handling operation of the seed business, and a future LLC to be formed for the retail operation. A high-quality and low-THC strain of hemp seed would be cultivated in the greenhouses, to be sold to other hemp farmers as well as being used by Western Farms and contracted producers to grow hemp on a total of 150 acres. The harvested crop would be processed locally for products such as  CBD oil that would be sold through the local retail operation, while hemp by-products would be sold to businesses that could use it for production of bioplastics, textiles, beauty and other products.

The project became viable following passage of the 2018 U.S. Farm Bill, which removed hemp from the list of controlled substances, and LB657, which gave the Nebraska Department of Agriculture the authority to establish a state program and regulate hemp production using licensing agreements for crop research purposes.

Partner Mike Hoehn is one of the handful of producers across Nebraska to receive a signed license agreement with NDA, and the grant application says he produced a test plot on one acre near Mitchell this year that met the 3 percent maximum THC threshold required under the agreement. That crop will be used for production and retail sale of crude CBD oil carrying the Western Farms brand.

Western Farms  is working in partnership with University of Nebraska Extension on a multi-phase, five-year approach on the project, which needs UNL and NDA approval to scale up crop production to 150 acres of designated  research-plotted land.