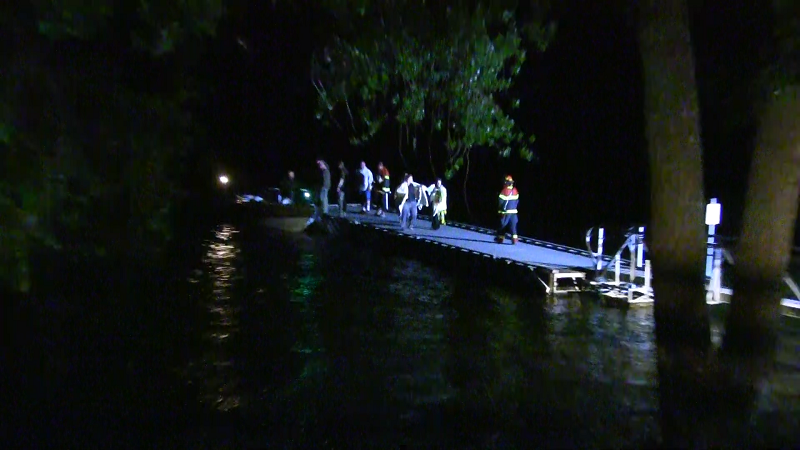 Emergency responders including dive teams were called to Lake Minatare late Monday night on a report of a pair of overdue, and possibly missing teens still out on the lake as cold, wet storms moved into the area.

Game and Parks Conservation Officer Dan Kling tells KNEB News he received initial word the teenage boy and girl had not checked in with adults around 10:15 p.m. “The call was two 17-year-olds missing on the water in a large pontoon boat,” said Kling. “Due to the weather we responded and found the boat tied at Boy Scout Island and rescued two teen individuals

Following an initial search involving law enforcement from the shoreline, Minatare-Melbeta Fire and Rescue was called in about 30 minutes later, making an initial response with their dive team and arriving on scene after 11 p.m.  Gering and Scottsbluff Fire Dive teams were called in as well to provide additional resources if needed.

The search for the teens took about 30 minutes to locate them on Boy Scout Island, and they were reunited with the adults around midnight just as rain was starting to fall with the cold storm system pulling into the area.