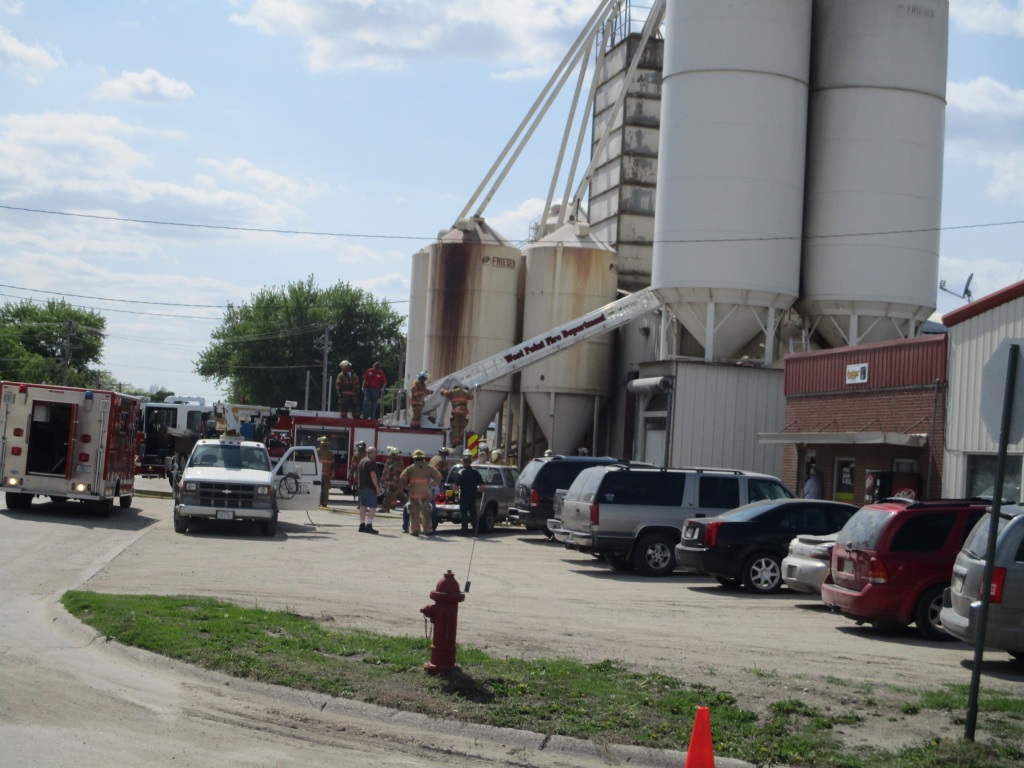 According to Minnick Funeral Home in West Point, funeral services are pending.

Following the grain bin collapse , the Occupational Safety and Health Administration (OSHA) has opened an investigation.

At around 4 p.m. on Wednesday, a grain bin at Prinz Grain and Feed Inc. collapsed. Kaup was trapped, according to the Area Director for the Omaha area office of OSHA, Jeff Funke.

“Unfortunately, an incident occurred on 5-18 at approximately 3:45 p.m. A maintenance worker entered a bin containing a corn product, and one of the walls that had adhered to the bin collapsed and engulfed the employee. The employee suffered injuries, and at this point, has no meaningful brain activity,” Funke said.

Build-up of flowable, agricultural material can easily collapse, so grain bin incidents like this are not uncommon, but they are avoidable. OSHA has guidelines regarding grain handling and bin entry to prevent accidents. Even so, this is not the first time OSHA has been alerted to safety issues at Prinz Grain and Feed. The company was cited in September 2011.

“We issued 12 serious citations to this employer and some of those citations dealt directly with improper bin entry,” Funke said.

OSHA’s investigation is still on-going, but they hope it will bring a positive outcome.

“We are doing what’s called a comprehensive inspection, which means wall-to-wall. We’re doing interviews, we are going to request records, we are going to ensure that any known hazard that we can discover during our investigation is corrected,” Funke said.

Kaup was taken to St. Francis Memorial Hospital in West Point and later life-flighted to Creighton Medical Center where he died.