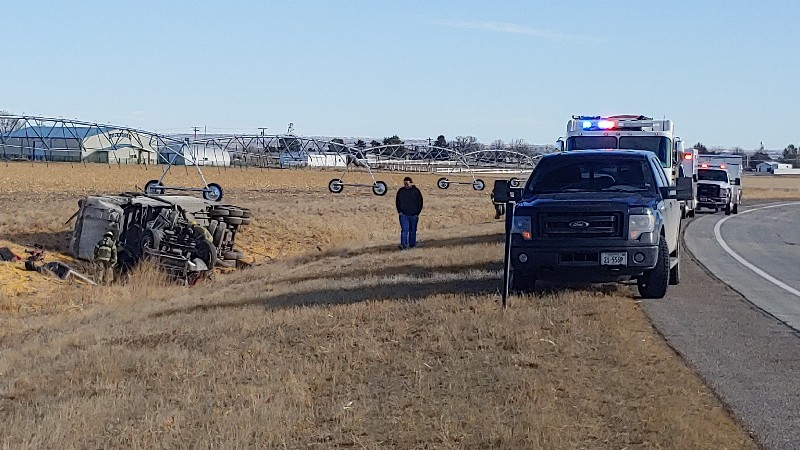 One person was injured this morning when a semi pulling a grain trailer ran off Highway 71 south of Gering.

First responders were called to the scene near 14th Street around 8:30 a.m., finding the trailer on its’ side, and the semi on the roof on the north side of the roadway.

KNEB News staff on the scene saw one vehicle occupant taken to the hospital by Valley Ambulance. NSP spokesman Cody Thomas says the driver was last reported in serious but stable condition.

While further details and the cause of the accident were not immediately available, winds in the area shortly after the crash were very strong.