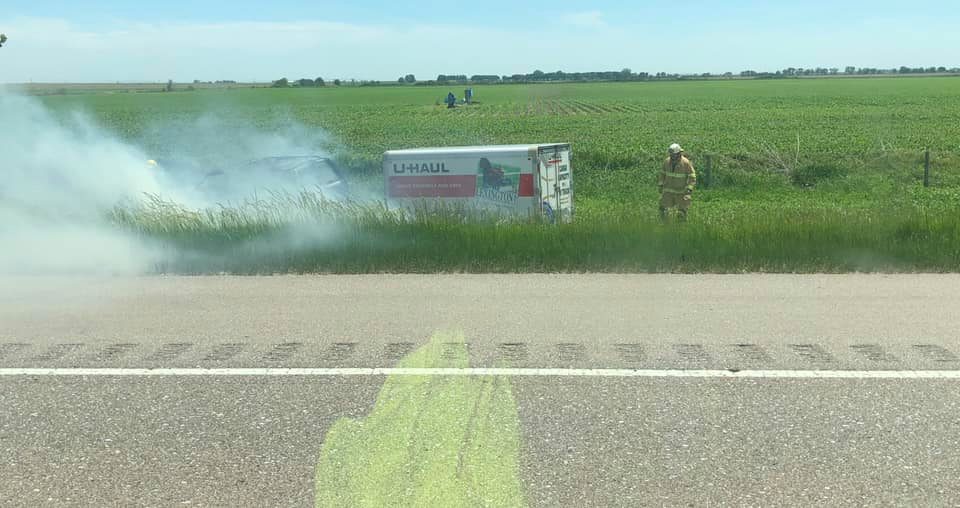 On 06/02/2020 at approximately 2:35 p.m. personnel with the York County Sheriff’s Office and the York Fire Department were dispatched to mile marker 355 on Interstate 80 in reference to a vehicle and trailer on fire.  Upon arrival, deputies observed the vehicle to be engulfed in flames.  It was determined that all three occupants in the vehicle were able to safely evacuate the vehicle before it became engulfed.  The vehicle is a total loss but the trailer was saved by York Fire personnel.  Witnesses stated that they observed flames coming from the rear of the vehicle before it drove into the south ditch.  The cause of the fire is believed to be a mechanical failure.