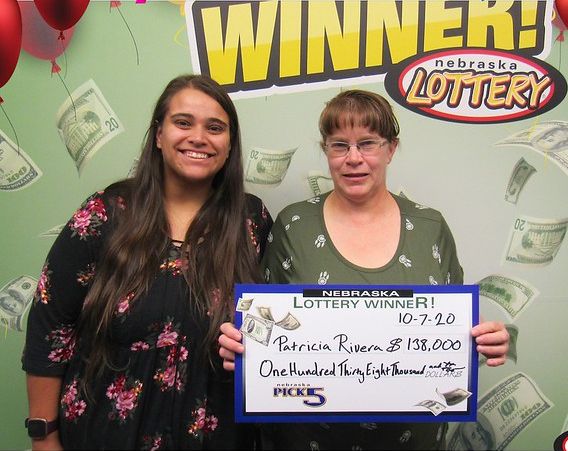 Rivera purchased her winning ticket from Kwik Stop #02 at 902 North Jeffers St. in North Platte. Rivera’s ticket contained four plays for the September 29 drawing, one of which had the winning combination 08, 10, 21, 28, 29.

Rivera claimed her prize on October 7 at the Nebraska Lottery’s Lincoln offices and said she only plays Pick 5 once a month or so whenever the mood strikes her.

A few days earlier, the Rivera family had gone out for Chinese food and they’d opened a few fortune cookies after dinner.

“I found one that said I’d win a prize,” Rivera said. “I just read the fortunes, and throw the rest away, but my daughter said eat the cookie.”

She ate the cookie and then, while she was out for a bag of ice a couple of days later, Rivera pulled out her fortunes and played the numbers they contained on Pick 5.

She didn’t check her numbers until a few days later, when she scanned her tickets with the Nebraska Lottery’s app.

Rivera said she’s planning to pay off some bills, buy a couple of new vehicles for her and her husband and do some home renovations.