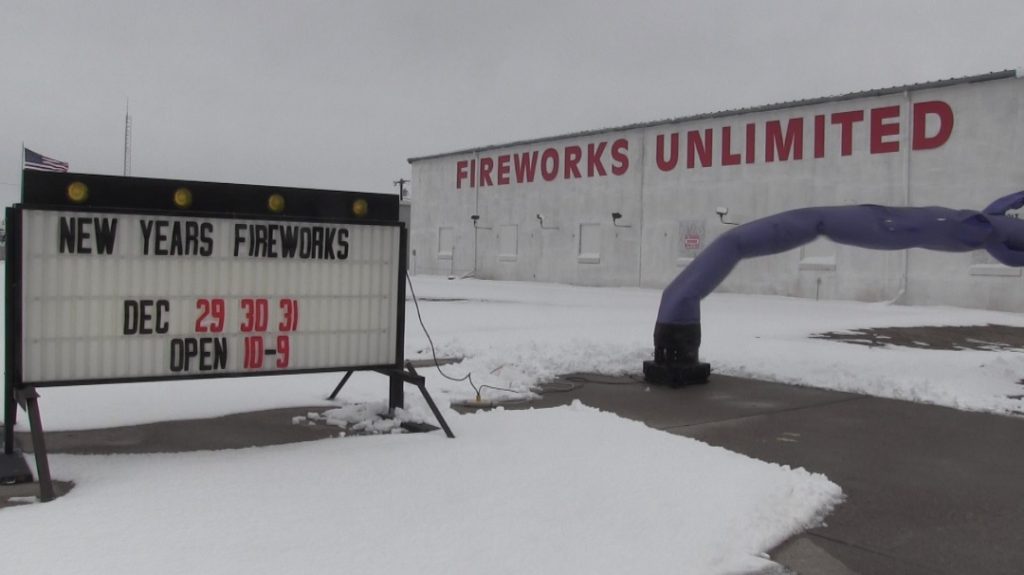 Today marks the kickoff of an abbreviated, three day selling period for firework retailers in Nebraska.

Every year, vendors are allotted a ten day selling period leading up to Independence day, and an additional three days leading up to New Year’s.

Fireworks Unlimited owner Greg Trautman says sales this summer were strong for retailers across the nation.

“I think people were ready to celebrate and do something different,” says Trautman. “You know fireworks provide something where you’re not around a big crowd and you can still ring in the 4th of July or New Years with just your family or a small group.”

He says with many people wanting to put 2020 behind them, lighting up the sky with fireworks is a fitting way to end the year.

Trautman says buying trends in the winter compared to the week-and-a-half leading up to the 4th of July are quite different as well.

“Not a lot of ground stuff obviously, especially with the snow cover we have,” says Trautman. “We’ll see one or two bigger items that people will traditionally light off at midnight rather than sitting around and celebrating for an extended time during the 4th.”

People shooting off those larger fireworks are also encouraged to brace the sides of the cake to ensure it stays in place after it’s ignited.