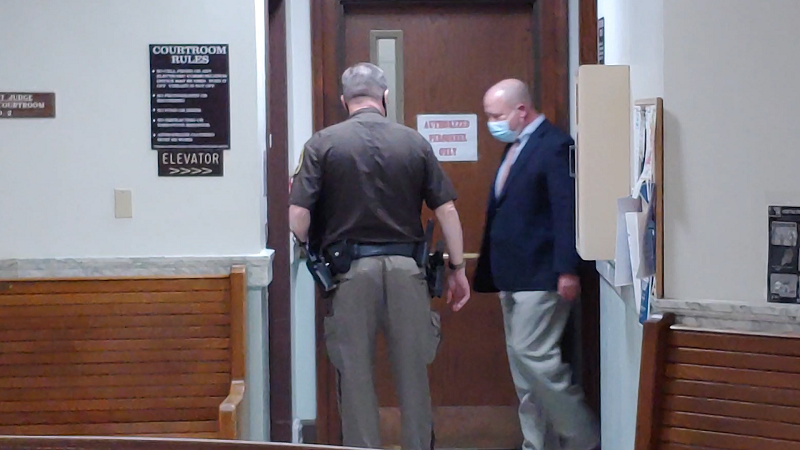 Former Box Butte County Public Defender Jon Worthman has been sentenced to three years in prison following a conviction earlier this year on a charge of Possession of a Controlled Substance, 10 to 28 grams, with Intent to Distribute.

Before sentencing by District Judge Richard Birch, the court heard testimony on a motion for a new trial, based on a plea agreement between Jeffrey Lujan and the State on several cases before and after Worthman’s trial.

Defense Attorney Maren Chaloupka argued that the plea agreement was new evidence and the trade-off involved should have been disclosed before and during the trial.  Chaloupka noted the agreement reduced pending charges for Lujan from multiple felonies and misdemeanors to just a handful of charges, and at least four of the original felony charges went directly to Lujan’s credibility.

Lujan was the individual who testified in the case as having sold an ounce of cocaine to Worthman in January 2020, and also provided text messages between the pair to investigators with the WING Drug Task Force.

Following Worthman’s arrest, investigators said in a subsequent interview, Worthman said he believed he would be purchasing at least two eight-balls of cocaine, admitted to receiving cocaine in the past in exchange for legal services, and using the drug himself.

Special Prosecutor Doug Warner with the Nebraska Attorney General’s office countered that Lujan’s credibility had been attacked more than once during the trial, and that the motion for new proceedings was about after-trial actions. Birch said the court had no delusions about Lujan’s credibility, and overruled the motion.

During arguments at sentencing, Warner said it was totally unacceptable that Worthman took advantage of his prior position as a public defender who had represented Lujan to use that relationship to obtain cocaine, and for sentencing only noted there was a mandatory minimum.

Chaloupka argued for the mandatory minimum, saying not a single person had ever been identified as buying drugs from Worthman, and the facts did not correspond to other cases with the same charge but more prison time due to multiple counts, weapons involvement, violence or other criminality.

She closed by saying Worthman’s only motivation was that of addict feeding the beast inside by looking for a fix, and ashamed of admitting he had a problem that required outside help.

Birch sentenced Worthman to no less than the mandatory minimum three years, and no more than three years, after which Chaloupka said there was likely to be an appeal, and she would want to be counsel if that took place in the future.