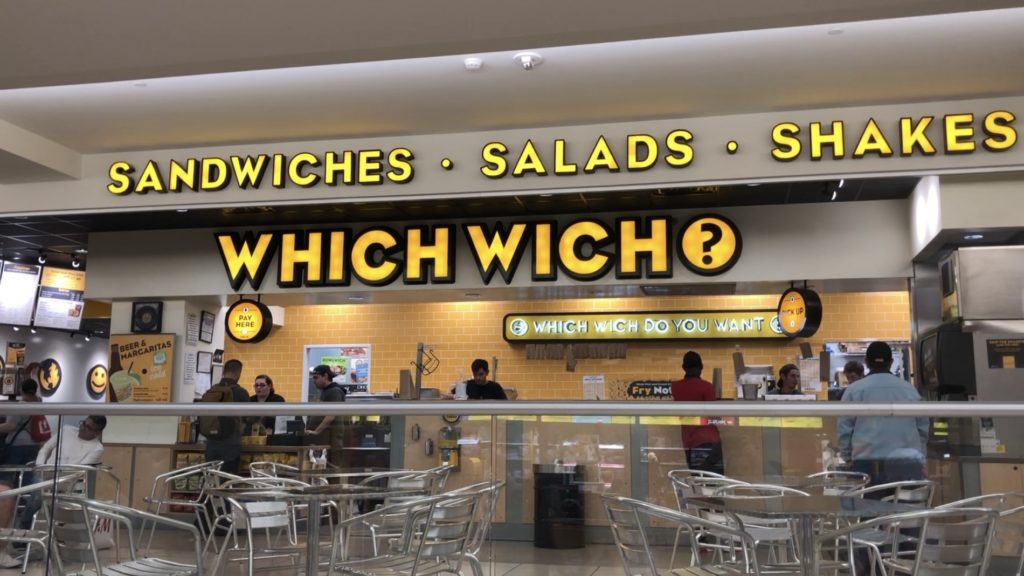 As work progresses on the new Sinclair fueling station on the east edge of Scottsbluff,  it was announced this week what restaurant will be opening up inside of it.

Adam Gollas, who owns and operates 24/7 Fitness in Scottsbluff, says he and his wife Taylor will be the operators of Which Wich Superior Sandwiches.

Gollas says they ate at their first Which Wich about five years ago in Colorado, and it became an instant favorite.

“From the first time we stepped into one, I always wanted one to be in Scottsbluff,” explains Gollas. “And when I was approached to do the restaurant side of things, it was at the top of our list of restaurants to consider when bringing one in.”

Gollas says his family has operated El Charrito in Scottsbluff for more than 40 years, and he is well versed in the restaurant industry.

“Just me personally, I helped run my father’s restaurant for a little more than ten year,” adds Gollas.

Construction on the restaurant is underway, and equipment is already showing up. Gollas says as of today, the target open date would be in mid-February to early- March. He says that date would coincide with the opening of the fueling station.

Gollas says one feature they’re excited about is delivery service.

“We will be doing full delivery,” says Gollas. “It’s all through on online based app, and people can accumulate points.” He does note that the delivery service will roll out several weeks after the restaurant’s official grand opening.

Which Wich Superior Sandwiches will be looking for approximately 25 full and part time employees, ranging from a General Manager, management, and line workers.

Job postings will be listed on ZipRecruiter.com and Indeed.com in the coming days.