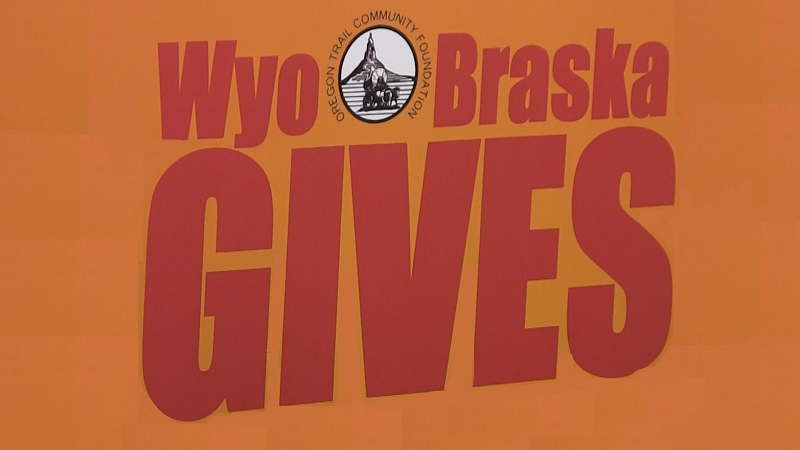 The 2020 WyoBraska Gives Day of Giving this May will include a number of new features, events and activities.

At a news conference in Gering Wednesday morning, Oregon Trail Community Foundation officials detailed several of the changes, including the kick-off with a family-friendly, Business After Hours “Stronger Together” event in March by the Gering and Scottsbluff School Foundations. This year it will be held in Gering, with next year’s event in Scottsbluff.

WyoBraska Gives Coordinator Becky Horne says in addition to the community treasure hunt, there will also be a barn party, and the ability to pledge time in addition to money. “There’s going to be an opportunity at the end of a donation, or specifically, if (a non-profit) wants to create a donor account to donate hours, they can,” says Horne. “That’s a nice new feature to the website this year, and it gives each of the non-profits direct contact information so they can reach out to donors.”

Horne says the effort is also expanding, seeking to add more non-profits from Goshen and Platte Counties in Wyoming, with the registration period open now through April 15th.

The Holliday Family of Companies will once again be title sponsor for the May 5th fundraising effort, and United Way of Western Nebraska has been announced as the premier partner.