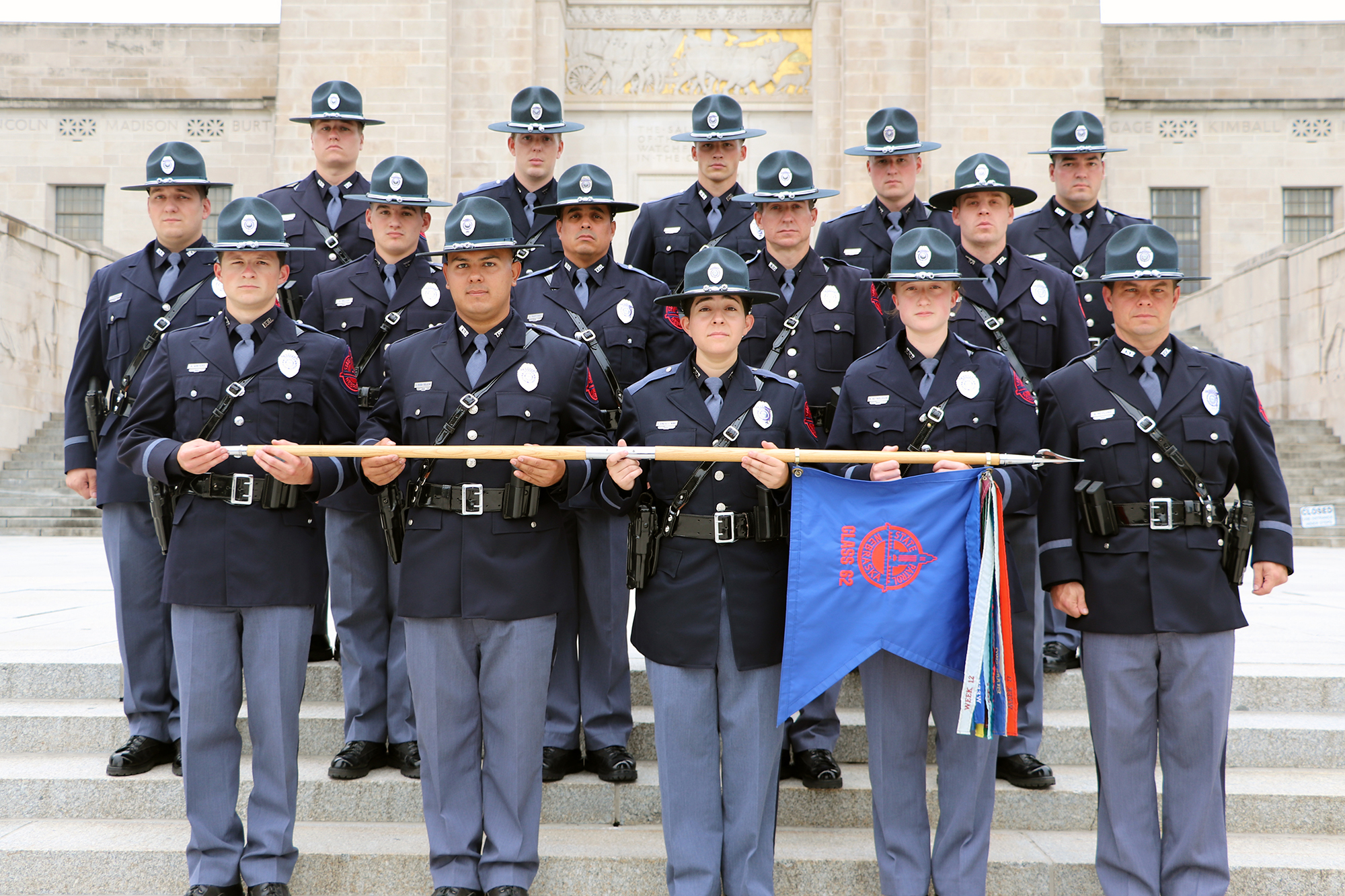 JUNE 19, 2020 (LINCOLN, NEB.) — Fifteen new troopers are ready to hit the road across the state of Nebraska. The members of the 62nd Basic Recruit Class in Nebraska State Patrol history received their badges and took the oath of office today to officially join the ranks of NSP.

“These new troopers desire to serve our state and make a difference,” said Colonel John Bolduc, Superintendent of the Nebraska State Patrol. “Through the challenges they’ve already overcome as a team, the members of Camp 62 have displayed their determination to serve Nebraska with integrity and rebuild the trust in law enforcement that has been shaken in recent weeks.”

The class of Camp 62 completed 22 weeks of training at the Nebraska State Patrol Training Academy in Grand Island. The training included extensive live-action scenarios as well as more than 1,000 hours of academic instruction. The new troopers will now continue their training during a field training process, while being paired with veteran troopers throughout the state. 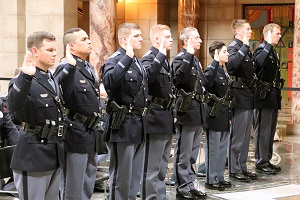 “This class is a uniquely resilient camp,” said Colonel Bolduc. “They’ve been through COVID-19, they’ve been on lockdown, and they’ve persevered in several different circumstances. They’ve proven themselves and I think they’re going to serve Nebraska to a level that we haven’t ever seen before.”

All fifteen new troopers are from Nebraska and most will be returning to serve in their previous city of residence. The graduates of Camp 62 are:

Camp 62 is the first class of troopers to graduate in 2020, with another class slated to graduate later this year as NSP continues the cycle of two training camps per year. The next Nebraska State Patrol Basic Recruit Camp, Class 63, will begin on July 6, 2020. Camp 63 will begin with 24 recruits.