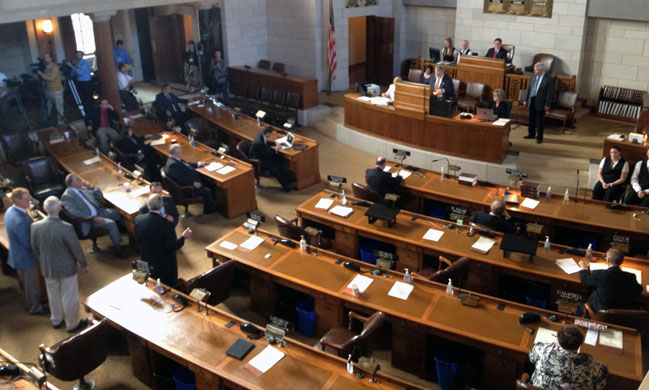 LINCOLN, Neb. (AP) – Nebraska has moved one step closer to enacting rules for the state’s newly legalized casinos, but some gambling opponents criticized portions that would clear the way for sports betting and electronic keno
tickets.

The measure would create regulations to govern Nebraska casinos once they’ve opened. Casinos had been banned until voters approved a constitutional amendment in November to allow them.

Some of the rules in the measure would prohibit patrons from using credit cards to play keno, and bars that offer the game could issue electronic tickets instead of paper tickets. It would also make clear that sports betting is allowed in the casinos.

Lawmakers gave the measure first-round approval with a 37-5 vote.