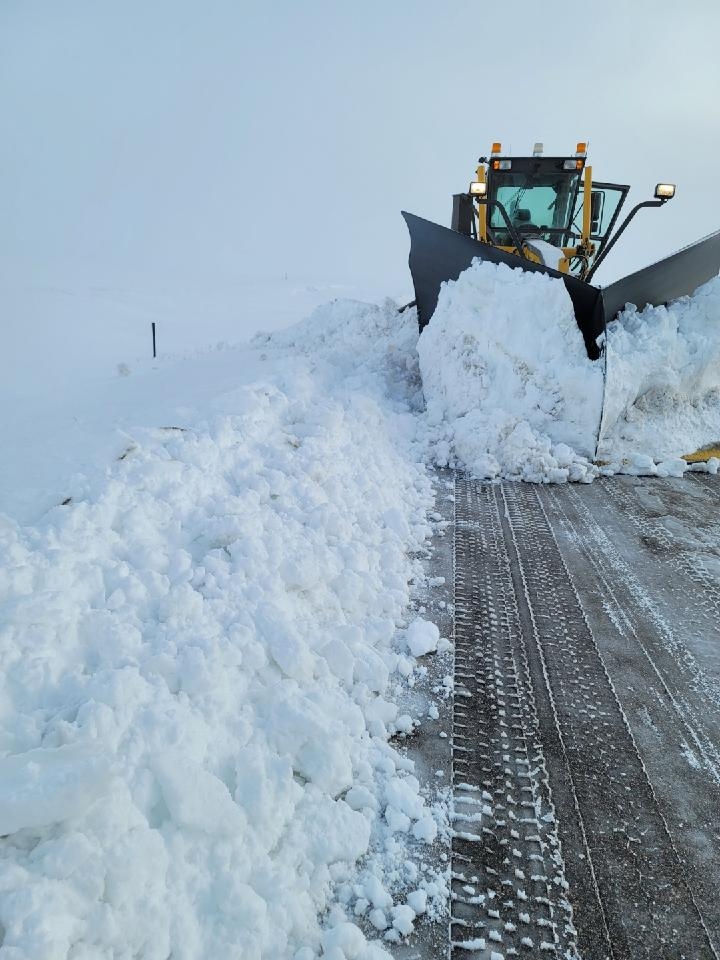 The Nebraska Department of Transportation announced some re-opening of Interstate 80 in Nebraska Monday night, one day after a powerful spring blizzard struck the region.

After Colorado Department of Transportation officials were able to open Interstate 76 in Colorado, NDOT announced that I-80 westbound was open for only those headed between Grand Island the I-76/I-80 junction.

I-80 westbound remains CLOSED into Wyoming at the I-76/I-80 Junction, and would likely be closed for at least another 24 hours.

NDOT also announced earlier Monday evening that Interstate 80  was open for all eastbound travel in Nebraska.

Wyoming Department of Transportation officials said that I-80 will remain closed from the Nebraska state line to Laramie until at least 10 p.m. Tuesday night, as they worked to remove huge drifts from the road.

A similar timeline was given for Interstate 25, which is closed from the Colorado State line to Casper. WYDOT officials said that road would be closed until at least 8 p.m. Tuesday night.

WYDOT officials made progress opening highways north of the North Platte River valley Tuesday, but all highways south of that line remain closed, including US Highway 26 from the I-25 junction to Torrington, US Highway 85 from Nunn, Colorado to Torrington, and Wyoming state highways 213, 214, 215, 216, and 313.

Snow was falling over many of these areas Monday, and an additional 2 to 4 inches of snow was expected in most areas by the time the snow ends Monday night.