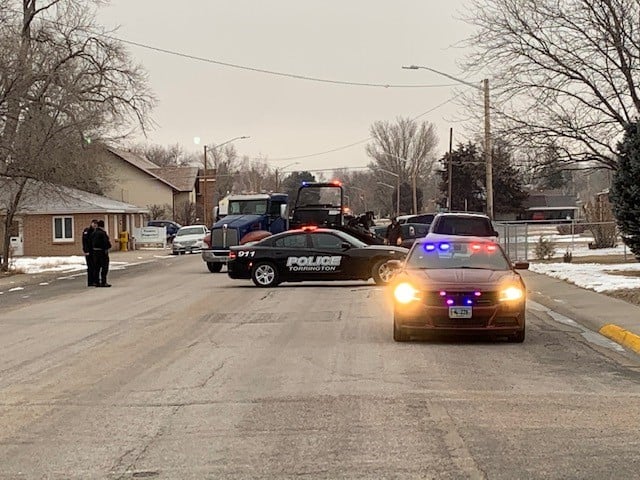 A medical event is believed to have contributed to the death of a 68 year old man involved in a two vehicle collision in Torrington Monday morning.

A release on the Torrington Police Facebook page says officers responded to the report of a motor vehicle collision in the 1900 block of East D Street at approximately 7:06 a.m. Monday morning.

When officers arrived on scene, they observed that a silver Nissan Pickup had collided with a green Ford F150. The driver of the Nissan, a 68-year-old male, was unconscious in his vehicle and not able to respond.

The release says officers gained entry to the vehicle and found that the driver did not have signs of life. The male was removed from the vehicle and officers performed CPR until EMS arrived to transport him to the hospital. Unfortunately, the efforts of the officers and medical staff were unsuccessful and the male passed at the hospital.

The accident investigation revealed that the Nissan was traveling south on East D Street. The Nissan crossed over into the northbound lanes and struck the F150, which was parked and unoccupied in the northbound parking lane. There was moderate damage to both vehicles. It is believed that the male suffered a medical event that caused the collision.

The name of the victim was not released.