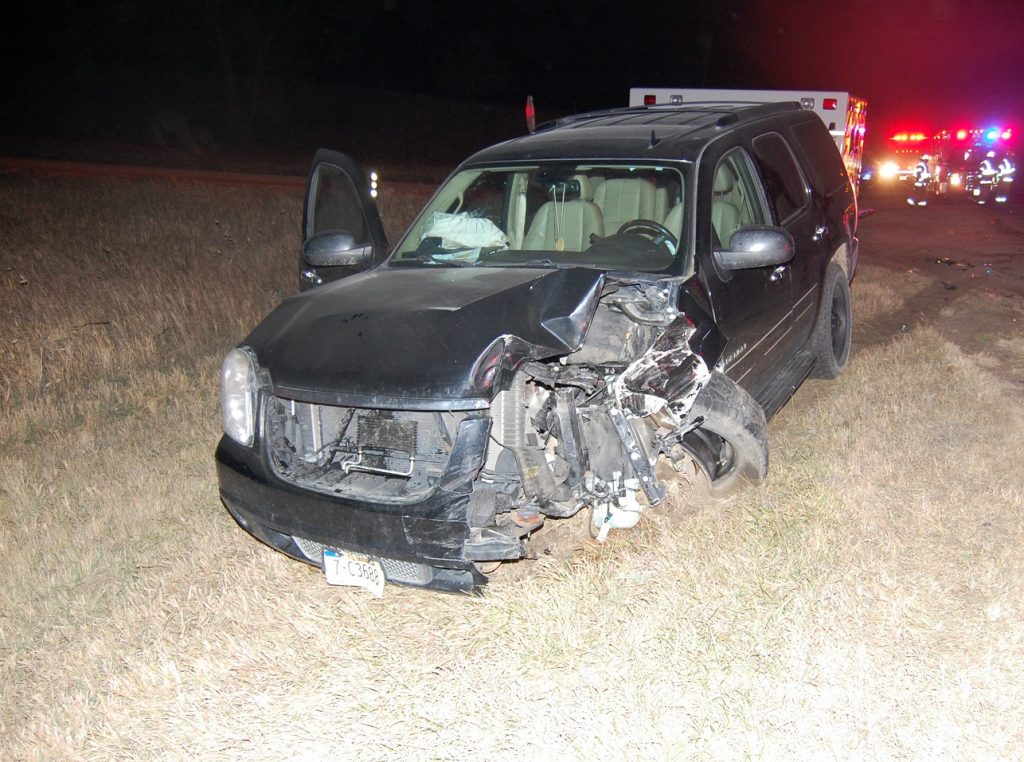 Just after 5:30 a.m. Friday morning, the Stanton County Sheriff’s office responded to and investigated a two vehicle accident at the intersection of Hwy 32 and 560th Avenue, about five miles East of Madison that sent three people to the hospital for treatment. The accident occurred when a northbound SUV, driven by Shawn Sawyer, 49, of rural Madison pulled out from a stop sign into the path of an eastbound SUV on Hwy 32 driven by Armando Mendoza, 44, of Madison. Both drivers and a passenger in the Mendoza vehicle were transported to Faith Regional Health Services in Norfolk by Madison Rescue Unit(s). Seatbelts were in use and airbags did deploy and are credited with preventing more severe injuries. Both vehicles are considered a total loss.