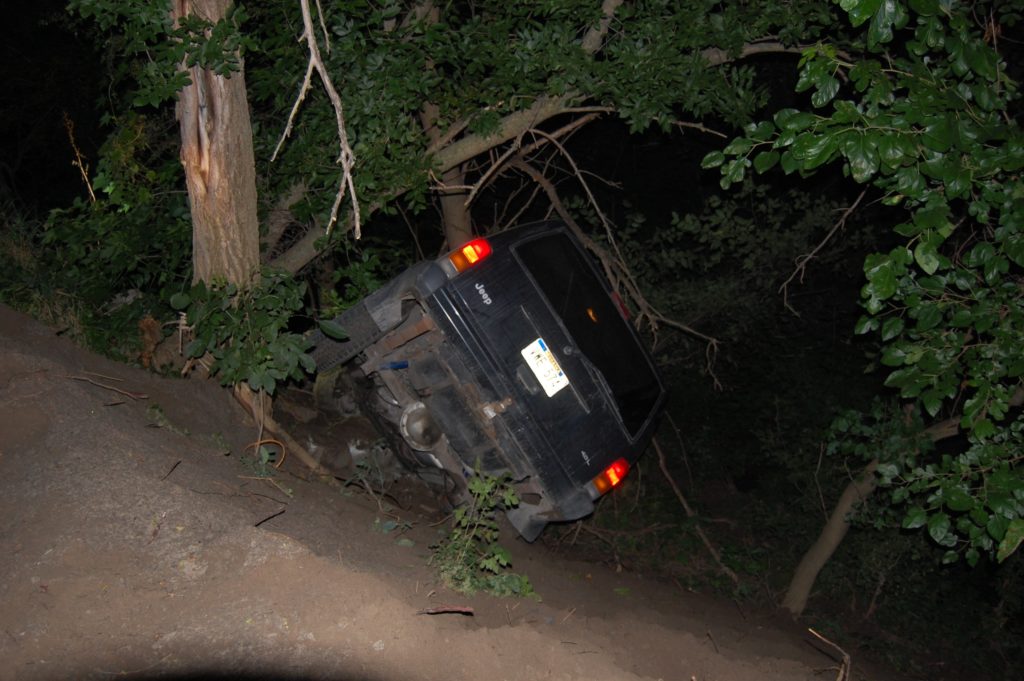 A 36 year old Omaha man is in jail following a vehicle pursuit that began about 2:40 a.m. on Thursday morning in Madison County and ended in Stanton after the subject crashed into a creek ravine.

The pursuit began in Norfolk when an SUV was observed speeding and then found to have fictitious plates when a Madison County deputy attempted to stop the vehicle on East Omaha Avenue.  The vehicle refused to stop and entered Stanton County on Hwy 275 where the Stanton County Sheriff’s office also became involved in the pursuit.  The SUV continued east on Hwy 275 and then turned south onto Hwy 57.  As the SUV neared Stanton, tire deflation spikes were deployed on Hwy 57 by the Sheriff’s office and the SUV struck the spikes and continued into Stanton.  The SUV  continued south on 10th Street as its tires disintegrated, driving through the Stanton trailer court and onto private property before the SUV  drove into a tree and a deep creek ravine.

The lone driver fled on foot into the creek and was taken into custody about ten minutes later as he was found hiding along the creek by members of the Stanton and Madison County Sheriff’s office.  The driver was identified as Adam Carlson who was wanted on a felony warrant for absconding parole.  Carlson was medically cleared at the scene by EMS and jailed.

Carlson faces numerous charges including Speeding, Willful Reckless Driving and felony Operation of a Motor Vehicle to Avoid Arrest-2nd offense and Habitual Criminal.  Electronic equipment found in the SUV is being checked to determine if it is stolen.  Carlson was in prison on his last sentence on theft and weapons charges out of Holt County.  The SUV Carlson was driving is considered a total loss.