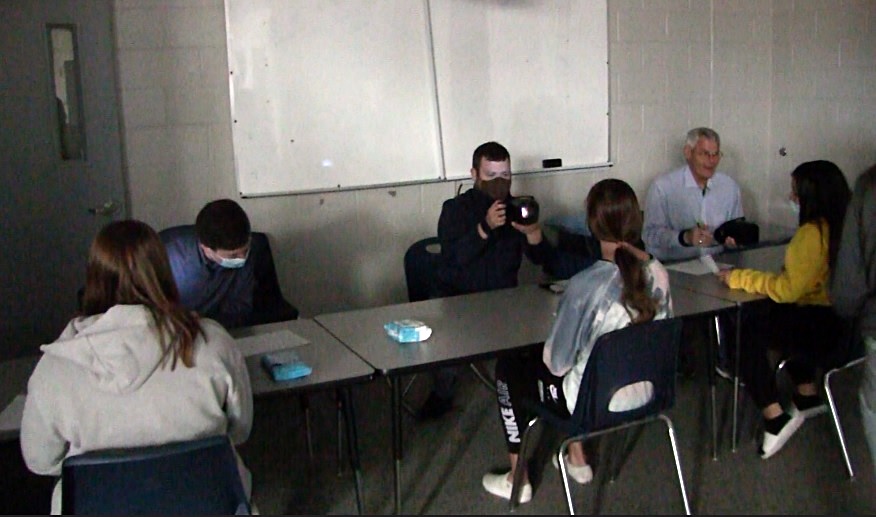 Having celebrated 100 years of service earlier this month, Scottsbluff-Gering Lions Club members were volunteering at Gering Public Schools with their mobile vision screening, a service they typically provide to area schools every year.

Volunteer coordinator Allen Darell told KNEB News he trained Scottsbluff-Gering Lions Club volunteers to use a spot vision scanner, which is a point-and-shoot auto-refract that checks the kids off and identifies any problems that may be detected.

He said this is done through the Nebraska Lions Foundation in every community in the state. Darell said this was actually a return trip since Gering was in the red category with the pandemic when they were here earlier. So, he said they were back this week to get Gering finished up.

Darell said they normally have 257 schools on their schedule, but with COVID impacting things this year, they are only doing 197 schools statewide.

Darell said he gets a report on each student screening that he sends on to the school nurse, who will then send a report to the parents.