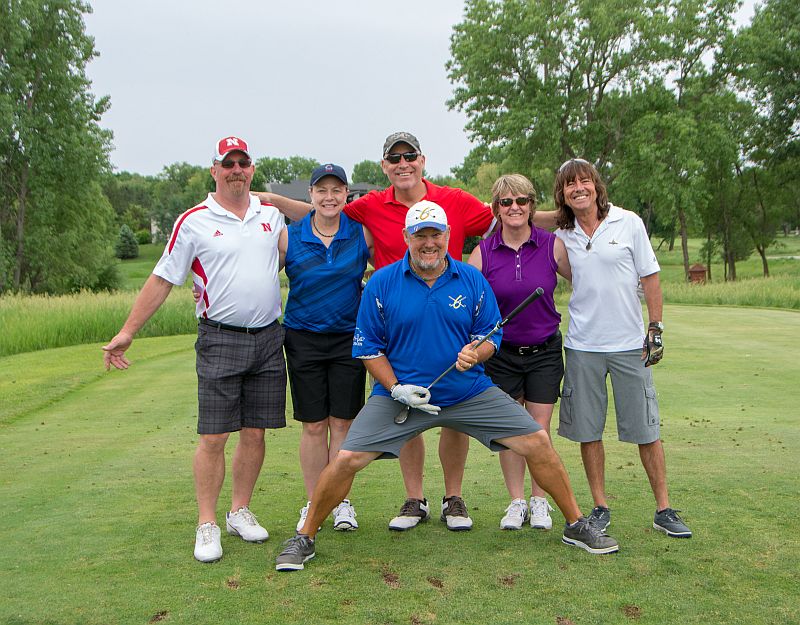 Larry the Cable Guy and REO Speedwagon's Bryan Hitt enjoying a round of golf with one of the foursomes at a previous Git-R-Done Golf Classic.

LINCOLN, Neb. (January 7, 2020) – Comedian and native Nebraskan, Larry the Cable Guy, has never hit a hole in one in golf, but he aces it for charity every year. The next Git-R-Done Golf Classic will be held June 7-8, 2020, in Lincoln, Nebraska with proceeds going to Bryan Health and other charities supported by his Git-R-Done Foundation.

“I’m so bad, my caddie started throwin’ my clubs!” said Larry the Cable Guy. “Seriously though, I’m so excited to have celebrities and sponsors join us for a great cause.”

About the Git R Done Foundation:  The Git-R-Done Foundation is a 501(c)(3) non-profit organization established in 2009 by Larry the Cable Guy and his wife, Cara, as a focal point for the family’s philanthropy.  The foundation’s mission is highly dedicated to helping children and veterans, one cause at a time, through organizations supporting the focus areas.  The Git-R-Done Foundation has made numerous donations, including donations to the Arnold Palmer Foundation for the treatment and cure of hip dysplasia, Madonna Rehabilitation Hospital and Operation Homefront.  For information or to donate, visit www.gitrdonefoundation.org