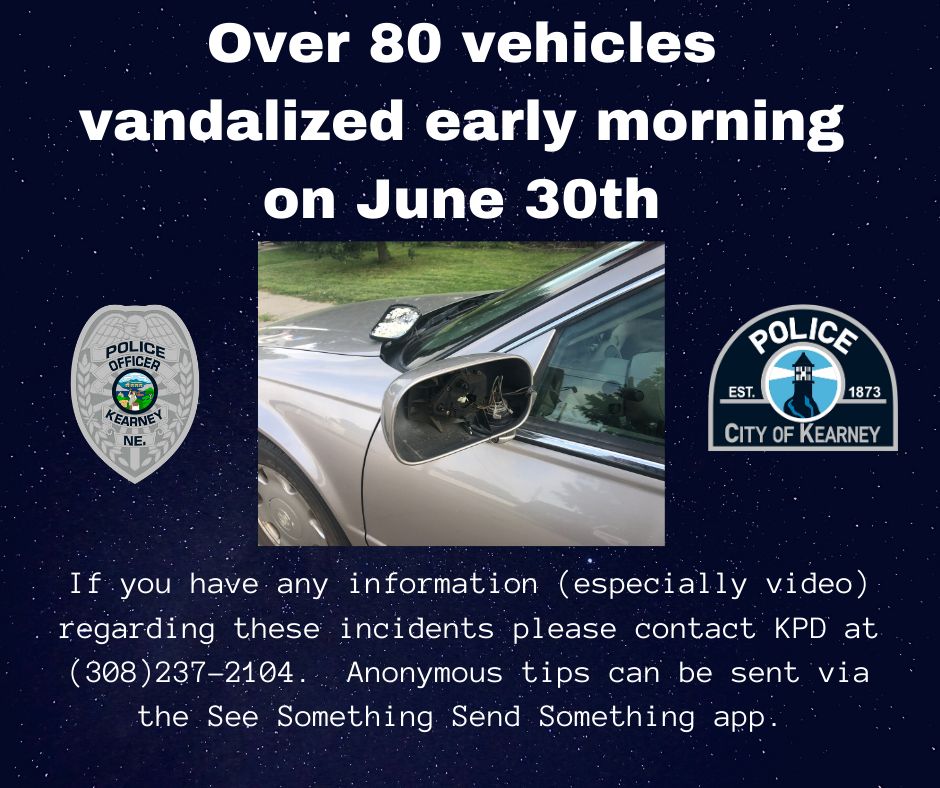 Kearney Police Department officers have fielded criminal mischief reports to over 80 parked vehicles today(Fri) in all parts of the City.

Police say it appears the damage was caused by a passenger in a vehicle striking parked cars with a baseball bat or similar type instrument causing damage to mirrors, back windows, and other body damage to the cars.

The vandalisms are believed to have occurred after midnight and possibly between the hours of 3am-6am. 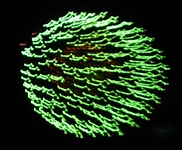