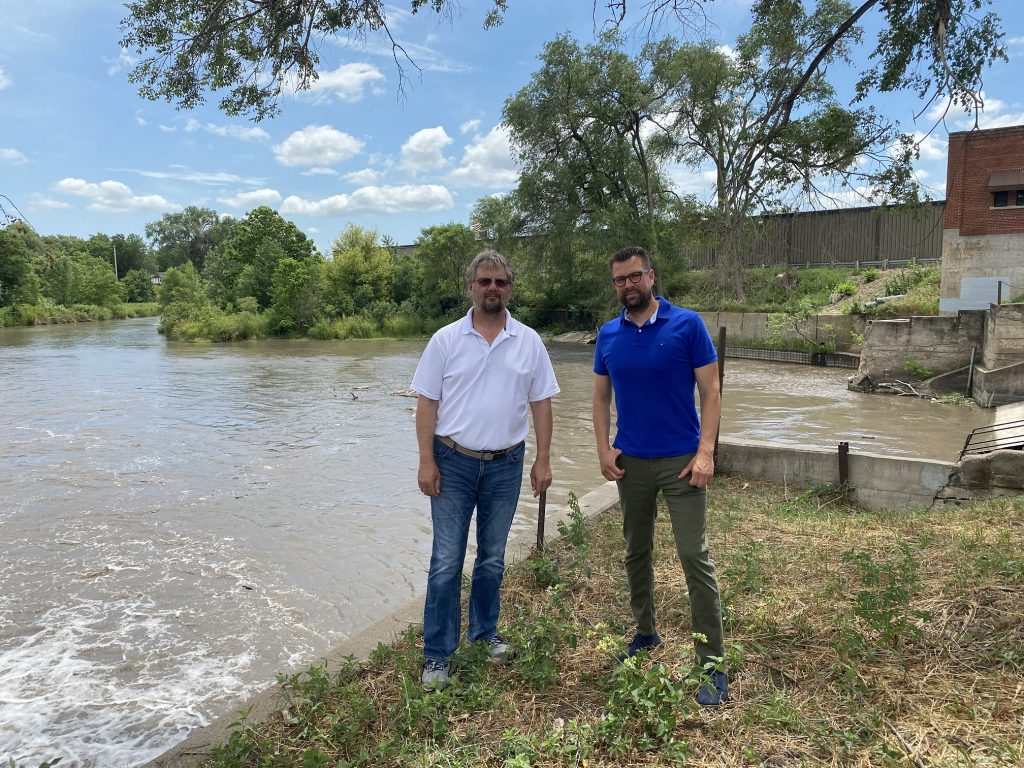 August 31, 2020 (LINCOLN, NEB.) – What if you could tube a lazy river all afternoon with your friends, drift smack dab into the downtown of a hopping riverside community, grab a bite at a trendy local restaurant, maybe do a little window shopping, then watch the sunset over the water — all before closing out the evening with some craft beers and live music?

Doesn’t sound like a bad day, right? Locals in Norfolk, Nebraska don’t think so either. That’s why City officials have rallied support and raised millions in grants and matching funds to embark on an incredible transformation of the town’s downtown riverfront district. In doing so, they hope to turn this mid-sized community of about 24,000 into one of eastern Nebraska’s most compelling tourism and living destinations.

There are big things just around the bend.

Mayor Josh Moenning, who has championed Norfolk’s new revitalization initiative since its inception, says leaders and residents are excited to finally execute on a long-discussed, but never-before-seized opportunity to attract new visitors and residents.

“The North Fork of the Elkhorn River is Norfolk’s namesake,” Moenning said. “This project is about reconnecting people to the water and reshaping our community’s future. It’s high stakes place-making, and it’s centered on the natural amenity that gave the community life in the first place.”

It all starts at Historic Johnson Park, where an array of improvements will be the initial spark for future redevelopment. A crucial first step is the removal of a 14-foot river spillway — a remnant of Norfolk’s old four mill dam — resulting in a recreational water trail that will allow tubers and kayakers to put-in three hours northeast of town and float directly to the heart of the commercial district. This coincides with other extensive park improvements, like a new network of walking and biking trails and an outdoor amphitheater.

“People attraction can be a catalyst for private redevelopment,” Moenning said. “We’re already starting to see that public improvements are leading to new business investments in our downtown district. We think this project, all said and done, will have a transformative effect, prompting attention from visitors and tourists as well as building a vibrant environment and high quality of life atmosphere that will help retain youth and attract newcomers.”

“We’re really talking about many different pieces and moving parts of a larger initiative to revitalize Norfolk’s entire commercial district,” said Public Works Director and City Engineer Steven Rames. “I’ve been doing this work for three decades, and the past three years alone have been some of the most exciting I think I’ve been a part of. These are huge strides forward for the community.”

Rames says that to support its grand ambitions, the City has had help from programs like the Community Development Block Grant (CDBG), a federal resource administered by the Nebraska Department of Economic Development (DED).

“I think it’s important to emphasize that funding obstacles don’t always have to be barriers to big goals — even for projects of this scope,” he said. “We’ve had a lot of success accessing State and federal resources to support our cause. Having the determination and the right plan goes a long way.”

Moenning notes that at the end of the day, any investment the City makes in its future will be repaid in dividends.

“To keep thriving, we must have an unrelenting focus on growth,” he said. “We have real opportunities now to market Norfolk as a safe, forward-looking community with the right infrastructure in place to allow anyone to work from anywhere. But we have to be competitive in regard to providing a high quality of life. This project is really about community and business leaders coming together to make a statement that we want people to come to Norfolk, and that we have what they’re looking for in a place to find a sense of belonging and call home.”

Visit the City of Norfolk’s homepage or Facebook page for the latest project news and updates. For more information about the CDBG program or other community development grant resources administered by DED on behalf of the State of Nebraska, visit opportunity.nebraska.gov.