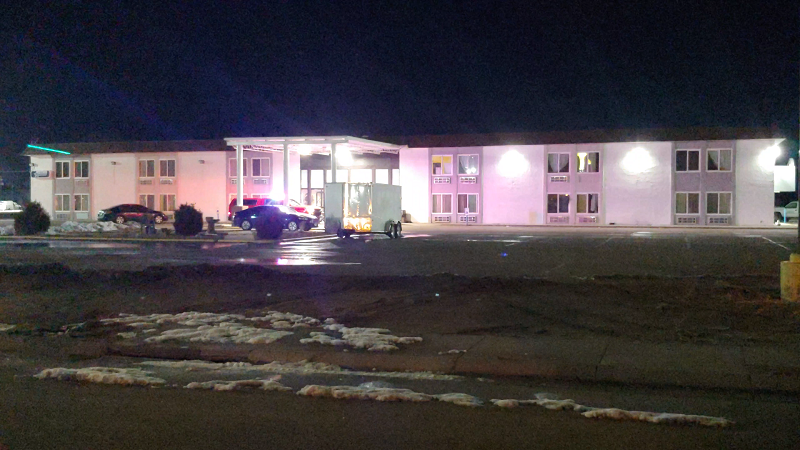 A Scottsbluff motel is closed with its certificate of occupancy revoked following a fire early Friday morning that was determined to have been set by an extended-stay resident.

Officials say Scottsbluff and Gering Fire departments were called to the America’s Best Value Inn on 21st Avenue near the intersection with Highway 26 around 2:30 a.m., finding heavy smoke coming from a room on the second floor.

Scottsbluff Fire Marshal Anthony Murphy tells KNEB News his investigation of circumstances at the building in the wake of the fire has led to the closure of the motel.

“We did find numerous fire code violations, including exit doors that were chained or padlocked shut, and coupled with a long-standing history of multiple fire code violations, the motel is, at this point, closed,” said Murphy. “We have revoked the certificate of occupancy until such time the building can be brought up to code, and the exits and various other issues can be addressed.”

Murphy says the room occupant was able to escape out the window, and other customers were evacuating as crews arrived.

He says firefighters were able to knock down the blaze fairly quickly, ventilate smoke from the building, and there were no injuries among customers, staff, or fire crews.

A dollar amount to the damage is still being determined.

EDITOR’S NOTE: This story has been updated to indicate a police investigation found the fire was not considered accidental, and that the room occupant was arrested on suspicion of arson.